Ruth Ammon was the production designer who helped Heroes become a landmark series, jump started Jack Ryan for the streaming generation and has now brought together period drama and gothic horror with flair in season 2 of The Alienist: Angel of Darkness. She recently took time out to talk to Martin Carr about her involvement and how being a native New Yorker took things to the next level.

How did the original source material influence your creative decisions on this occasion?

The novel is dense and I had that long before we had script pages, which really gave me a feeling of New York in the nineteenth century. It also informed me about recreational pursuits which went on during the gilded age, from wealthy people who could go elsewhere to those forced to remain in slums. I did a lot of research based on the book and went to New York for a few days to walk through Central Park, visit the Metropolitan Opera House and see my old stomping ground. It allowed me to absorb the atmosphere of New York before heading off for Budapest where we shot. 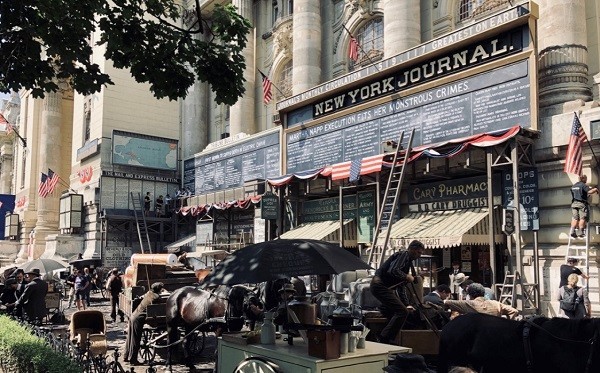 Going into this second season how did you broaden the thematically in terms of production design?

For the second season I was lucky enough to have a visual footprint from our first year. There was a backlot built so I had the advantage of having some material there, but in terms of scope we ended up doubling it. We had to almost rework every surface because the storyline and character of each setting was so different. This time we fully realised Broadway which in the first season was very dark and scary, but for season two required us to depict horror in broad daylight. Thematically to also give Sara (Dakota Fanning) her own business and have the character venture out alone as an unmarried woman, was such a rogue thing to do we decided to make Broadway much more generic in a corporate sense. Where it was geared towards middle tier business men and office buildings which had not appeared in the first season.

What did the creative conversations between yourself and showrunners Frank Pugliese and Stuart Carolan cover initially?

Frank did not stay with the programme and the new showrunner who came in was Stuart Carolan. I did meet with Frank in New York and he is an old New Yorker who was amazing which was really the starting point. Then Stuart came on when I was already working and from his point of view he wanted a couple of areas of New York where we could create story points. We pitched a couple of ideas to each other and ended up combining the waterfront with a meat market, which we refashioned from existing sets and expanded into something more commercial. We created a lot of railroad overpasses just like the highline in New York and included other big architectural statements of industry. In one location we took over two floors of an enormous building which they had re-clad throughout.  Being side by side we got to use natural light which was much better than being on a sound stage, allowing our director of photography Cathal Watters to create darkness and light in a non-studio setting. It was also incredibly advantageous for me to have some scale to work with as opposed to building everything from scratch. 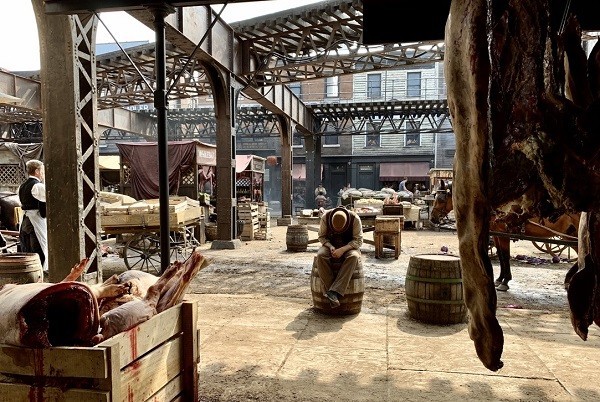 One of our other themes was big business journalism and we created newspaper row as an exterior location in Budapest, which was pretty insane because there was a big beer festival going on. We took over a huge block in this park and in front of our cameras were these original billboards where people would stand outside waiting for news. Then behind us in a park which housed this statue of Ronald Reagan this beer festival was carrying on.

Between our showrunner Stuart and director David Caffrey we came up with ways to move this large company of people. Purely because when you are doing a period drama you have to think about everything from what the extras are wearing to how many women or men there should be. Not to mention how many carriages are required, what type they should be and the number of horses you need. Every single location or setting has these questions attached which are never an issue for contemporary productions. Sometimes you think it would be fun to go outside and do the big shots, but it involves vast amounts of wrangling both in human terms and otherwise.

Your principle characters inhabit three very different worlds how did you ensure they remained distinctive throughout?

This year we took Sara out of her comfort zone to show how uniquely brave and independent she was. We created her office space to both appeal to her society crowd as well as remain authentic for that time period. It had touches of stylish restraint which sat in direct contrast to the attitude of the gilded age, which was one of too much is never enough. That meant every single inch of her office was bespoke with Sara in mind. So she had a sitting area which allowed for privacy as well as a large work room for her two female assistants, which is where much of the crime solving occurred. Then we had a private office for her and she was the woman behind that desk, rather than it being conventionally the domain of men in that time. It was really important for us to play that against John Moore who is used to being from society and a wealthy American family, who is placed inside a bull pen. 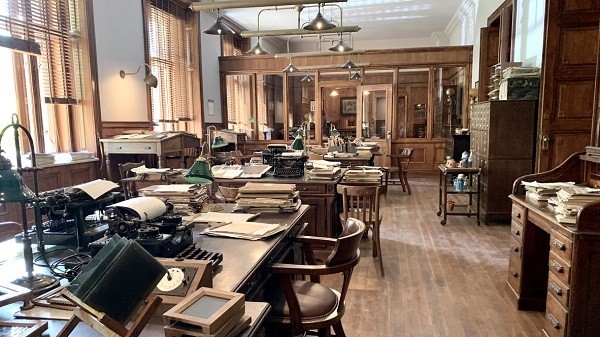 What are key considerations on any project before you become involved?

Generally I always have to connect to the script and who else is attached also plays a large part. However on The Alienist I really didn’t have any of that because it was in the early stages. I just knew it was my beloved New York and it was set in the nineteenth century. Also with this show what was really critical to me was the necessity for ample pre-production time. It allowed us to create innumerable pieces of concept art, which is the thing which illustrates to every department the direction of this entire world. Any time we went outside to either a location or studio backlot and looked at a green screen we could all visualise that. Through this you can communicate what you need in terms of extras, what you need in terms of costume and having the time on this show was invaluable. It kept everyone together and I love a hugely collaborative project where we can all be totally involved.

What new projects do you have coming up you can discuss?

My new project is with Patrick Somerville who did Maniac and Hiro Murai who worked very closely with Donald Glover on Atlanta. It’s his first big television project and is based on a book called Station Eleven by Emily St John Mandel. In it we have depicted this beautiful post pandemic world and we started working on it before the pandemic.

Can you describe for me your perfect Sunday afternoon?

My perfect Sunday afternoon would be in the water not swimming but floating maybe with some tortoises.

Thank you for taking the time to talk to Flickering Myth today and take care.

The Alienist: Angel of Darkness airs every Sunday on TNT.