Somehow, the kids learned how to dress. I’m not sure exactly when this shift first began—certainly not when I was in school—though it’s an eerie phenomenon I’ve observed for several years now. Yet nothing about Gen Z’s sartorial glow-up has slapped me in the face with quite the force of Netflix’s family-friendly dramedy The Baby-Sitters Club. A quaint show about loving your best friends and finding confidence in your dreams had me seriously consider torching my wardrobe.

Allow me to explain: When I was in eighth grade, my idea of high fashion was denim capri shorts that fell to mid-thigh, a powder-blue Limited Too graphic tee, and black rubber flip flops with absolutely zero arch support. My best friend at the time wore violet Juicy Couture tracksuits, so she could boast some trend awareness, but even as a pair we were hardly Cher and Dionne. In The Baby-Sitters Club, adapted from the beloved chapter books by Ann M. Martin, the crew of seven middle-schoolers each curate a style so distinct, so effortless, it’d look equally at home in the cafeteria line and on TikTok. To quote a popular sound from the aforementioned app, “teenagers scare the living shit out of me,” and yet...I think I want to dress like them?

BSC season 2 costume designer Ellen Anderson knows the feeling. “I think the world is [Gen Z’s] oyster because of [social media],” she says. “When I think of when I was younger, I, too, was obsessed with fashion, but all these stores simply didn't exist then. All the influencers and all the Instagram stuff, as soon as you click on one thing, it takes you down another, and then the algorithms start to feed more things your direction and have you look at it. It creates a world.”

For their part, the BSC stars know their generation has better style than their predecessors—and they’re happy to share the love. When asked if she thinks Gen Z fashion wins the generation war, Shay Rudolph, who plays classy former Manhattanite Stacey McGill, vigorously nods. “I think so. It's a lot easier for trends to take off and spread like wildfire.”

Adds Momona Tamada, who plays the eclectic artist Claudia Kishi, “[With social media], we're able to take inspiration from past generations, which gives us a little bit of an advantage. Because we're able to take the stuff that we really liked and incorporate it into the styles and trends now.”

It’s perhaps odd for adults to want to style themselves like children—God forbid a middle-aged woman look too “try-hard”—but there’s something about Gen Z style that feels endlessly replicable across age groups. To demonstrate, I spoke with Rudolph, Tamada, Anderson and Baby-Sitters Club creator Rachel Shukert about nailing each babysitter’s style, then tried replicating it myself. Using a few thrifted pieces from my own closet (turns out, I didn't need a torch!), as well as some picks from affordable brands, I took my best shot at dressing like a middle-schooler, sans the Abercrombie & Fitch logos of my youth. Below, you’ll find the assembled looks—tailored for everyday use or Halloween costumes—as well as a breakdown of how each character makes a signature style feel ubiquitous. 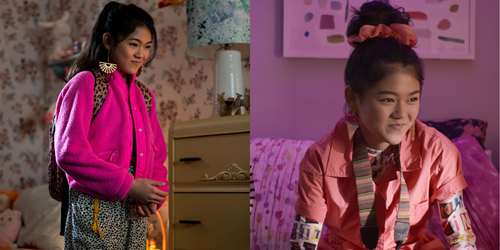 Tamada's Claudia is the DIY fashionista of the bunch, and she has no problem mixing plaid, lace and leopard print to brilliant effect. She's an accessories obsessive who loves themed earrings—peep her lobes and you'll find lobsters, cherries, pineapples, and ice cream cones—and layering pieces, whether dresses over bodysuits or wide-leg pants and pleated skirts over tees and turtlenecks.

“I feel I've really learned a lot and became more interested in fashion after being able to live in Claudia's wardrobe for three months," Tamada says. “I actually took a few pairs of Claudia's earrings home. I got some gummy-bear earrings.” 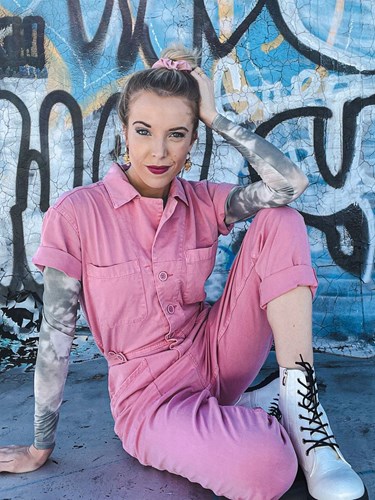 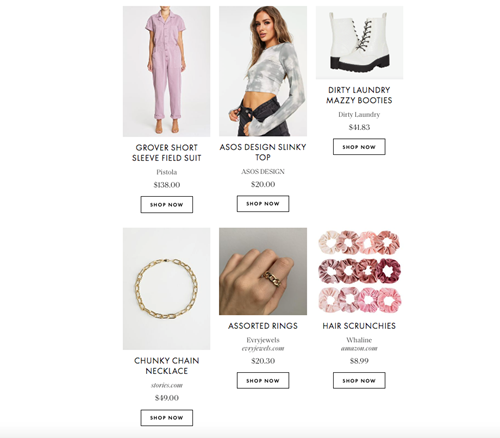 Even Claudia's most subdued outfits feature at least one bright pop of color or texture. Although she rewears bags, belts, necklaces, and bracelets throughout season 1, she never styles them the same way—Anderson made sure of that.

“I was sending some photo [ideas] over, and Rachel said, ‘Oh, I love it. But can we really pump up the accessories?’” she says. “I couldn't believe it—because often we [costume designers] don't get to that level. Usually it's like, ‘Oh, can you tone it down?’ Or ‘Oh, too much.’ But for Rachel to say, ‘Just go for it,’ I was just delighted.” 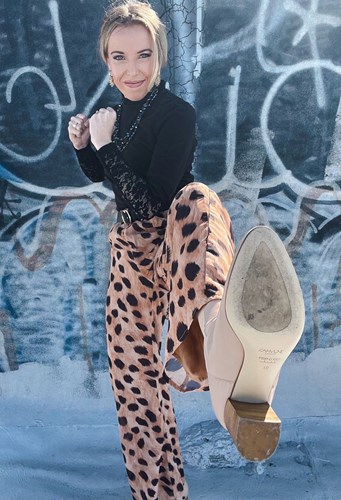 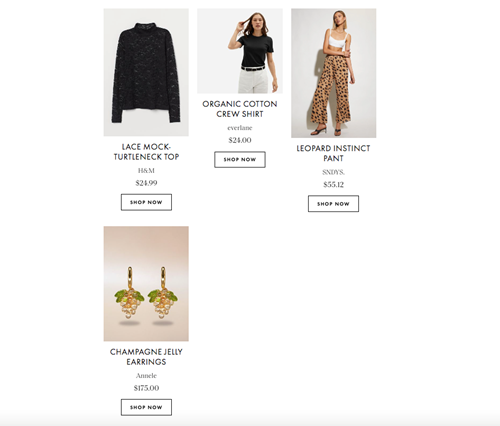 One closet staple of Claudia's is a colored denim jumpsuit, in both pale pink and lavender hues. She frequently layers the short-sleeve coveralls over a tie-dye, magazine-print or floral top, then tapers the feminine look with a pair of punk-y combat boots. Anderson says this is an easily universal look to re-create, largely because it's about a persona rather than a particular silhouette.

“Being experimental with patterns and colors clashing is something I just adore,” Anderson says. “Being creative and fearless about it—they can't all be hits. There's going to be some misses in there. So you have to be open to, ‘Oh boy, that didn't work.’ But when it does work, it changes your attitude, and you feel like a million bucks.”

But she's also living with diabetes, so her highbrow choice of clothing is a form of both artistic expression and, depending on how she's feeling, armor. Even as she attempts to appear perfectly put-together at all times, her friends remind her to find finds moments of relaxation—such as when she sports a Comme des Garçons Play graphic tee at a sleepover.

“I still wish I dressed at school like [Stacey] did,” Rudolph says. “I do think she has really changed the way I look at fashion for the better. What she wears is very out there, and she doesn't care if other people don't like it. And I think that is something that everybody can take note of: just to wear whatever you feel like your best self in.” 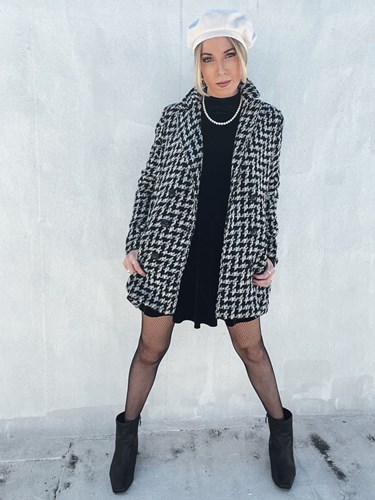 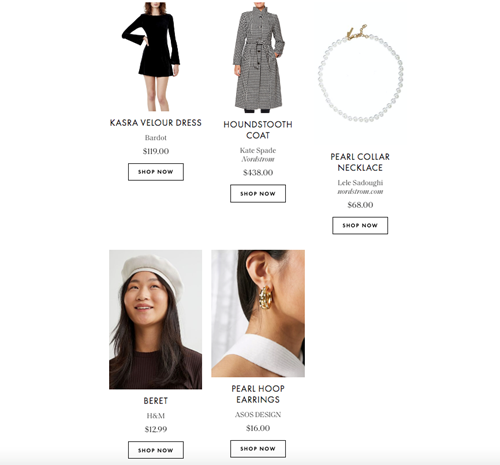 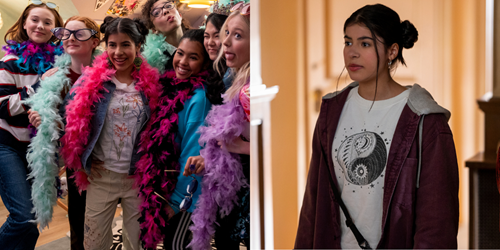 As the resident BSC pacifist and former Californian, Dawn (Kyndra Sanchez) wears her sunny personality on her sleeve, sporting a bohemian-meets-skater aesthetic that Gen Z's re-invented for itself. She adores patchwork pants, floral motifs, denim jackets, and anything thrifted—unlike many of her teen counterparts, you'll never catch her reviewing a Shein haul. To replicate her style, opt for upcycled pieces with texture and flair.

“Any chance I could use vintage, natural fiber, a color[ful] palette, just really thinking clearly about what her message was, was really important in the costume choices,” Anderson says. But that didn't mean Sanchez's look was ever boring. Like many of the girls, Sanchez would undergo numerous costume changes throughout each episode, and it was essential that the ensemble always felt true to Dawn's progressive politics.

“The girls would have between seven and 10 costume changes each [episode],” Anderson says. “So it was very important for my team to recognize who these people are so, when you're out in the mall [or thrifting], you start to think like, ‘[That's a] Mallory jacket,’ or ‘Stacey boots.’” 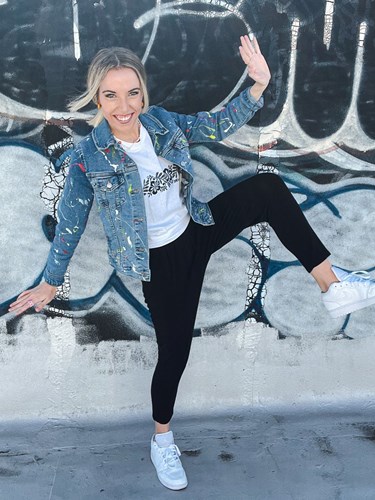 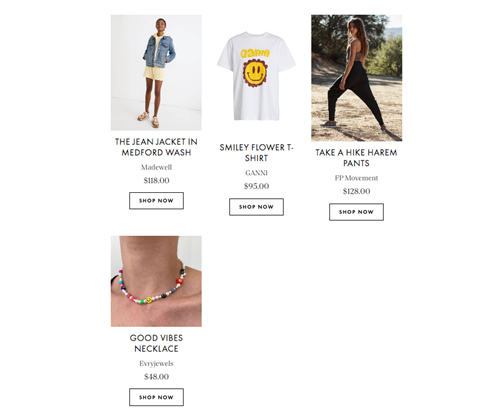 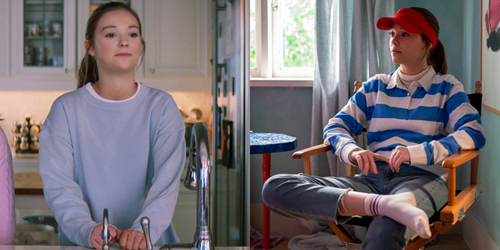 As the BSC president and self-reliant tomboy, Kristy (Sophie Grace) cares not for clothes—or so she'd like us all to think. In reality, she's a master of what both Shukert and Anderson feel is normcore, characterized by gender-neutral styles and a relaxed, street-ready fit. You'll often spot her in her older brothers' hand-me-down sweatshirts and tees, as well as her signature red visor and well-worn bucket hat. When she does dress up, she's rarely in skirts. Instead, she opts for an intelligent plaid blazer or double-breasted coat.

Assembling these sorts of looks, Rudolph says, was a multi-person process. “The costume designers and the whole costume team are really the brains behind everything that you see on these characters,” Rudolph says. “But if there was something that we [actresses] liked a little bit more than other outfits, we'd let them know, and then they'd make sure that we could wear it.”

To replicate Kristy's comfort-first aesthetic, snatch a friend's oversized henley or crew-neck sweater, pair it with high-waisted jeans and sneakers (Nikes are the Gen-Z favorite), and you're well on your way to earning Kristy's stamp of approval. 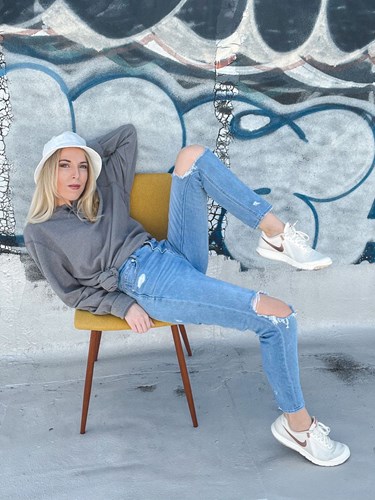 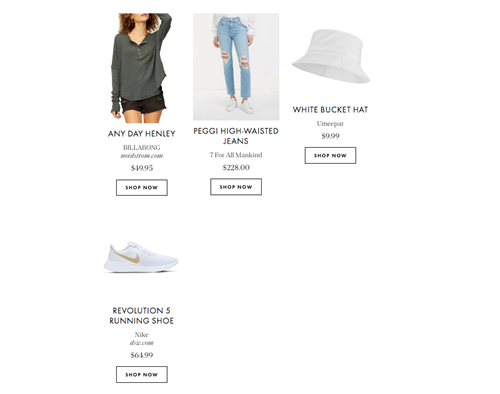 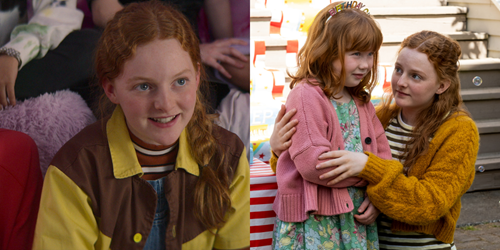 As the newest member of the club, quirky, ginger-haired Mallory Pike (Vivian Watson) struggles to feel accepted as part of the older, bolder crew. As such, she tries hard to carve out her own style, despite the fact that her family's busy household begets few shopping sprees. She often wears what can only be described as ’70s-meets-’90s mom couture, a look with plenty of inexpensive knit cardigans, textured shirts, printed blouses, cozy cropped jackets, corduroy trousers and the all-important mom jeans. It's a look that's made a major comeback in 2021, so finding it on the racks won't be a challenge—but you'll get bonus points if, like Mallory, you manage to thrift.

“Mallory was fun to talk about because she comes from this huge family,” Shukert says. “She's the oldest, so it's less like she's wearing hand-me-downs as it is that they don't have a lot of money. And I feel like with Mallory, sometimes she accidentally hits on something that looks really cool. But it's a lot of gas-station shirts and corduroys.” Occasionally, like so many oldest children before her, she dresses in something exactly like her mother would wear. Below, you'll find me attempting the same. 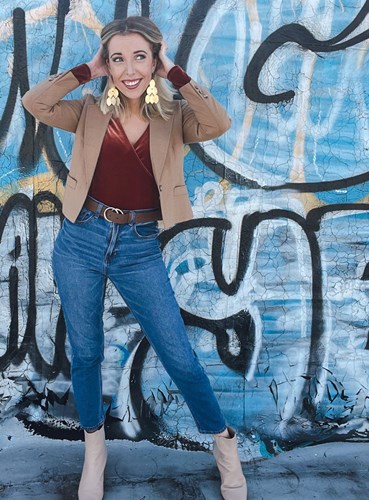 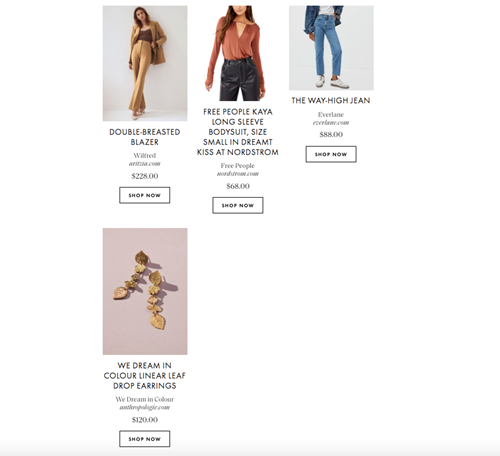 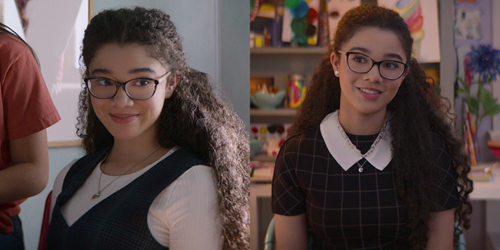 “We talked about how Mary Anne has been experimenting [with style] and now has a little bit settled into what she really likes, which is maybe somewhere between where she started and where she ended,” Shukert says. “I feel like a lot of the things that Mary Anne wears have become also trendy, these vintage-y sweaters and things with collars. She's very much in that space where it's stuff she's choosing, as opposed to stuff her dad's picking for her.”

Out of all the BSC members, Mary Anne's style is perhaps the most instantly recognizable. She's almost always in plaid or polka dots; she loves knitwear, tailored pants, and feminine skirts; and a constant staple in her closet is a pressed white peter-pan collar. Pair that with her ever-present glasses, and Mary Anne can pull off librarian style better than anyone else her age. 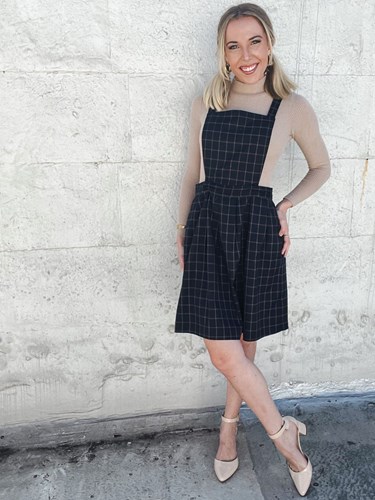 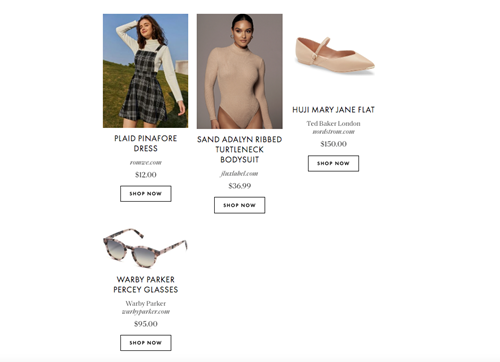 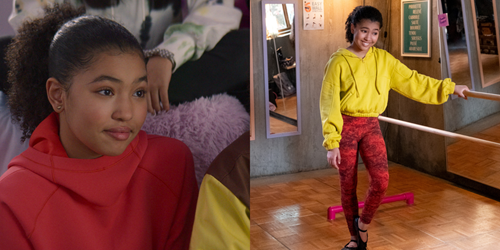 As the club's most ambitious athlete, newcomer Jessi (Anais Lee) is almost always dressed as if she's about to slip on some pointe shoes. Her clothes are grounded in trendy athleisure: cropped jackets and hoodies, flattering leggings, and stud earrings are her go-tos. “She's always running to and from dance class,” Shukert says. “So, how do we make that cute?”

“I was looking for a lot of pictures of athletes and dancers,” Anderson says. “Somebody who I was really drawn to every time I would look: ‘Oh, Naomi Osaka. She's got such cool style.’ So I kind of made Jessi my Naomi and wanted to show a little bit of street, a little bit of fashion, but pure dedication to her athleticism.”

To elevate your athleisure for a more adult look, try a peekaboo top paired with stark white sneakers. In the colder months, layer over a brightly colored windbreaker or puffer vest. 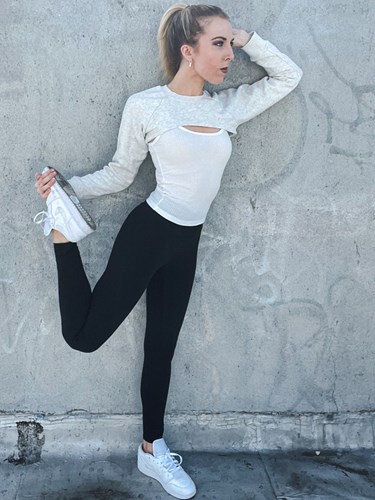 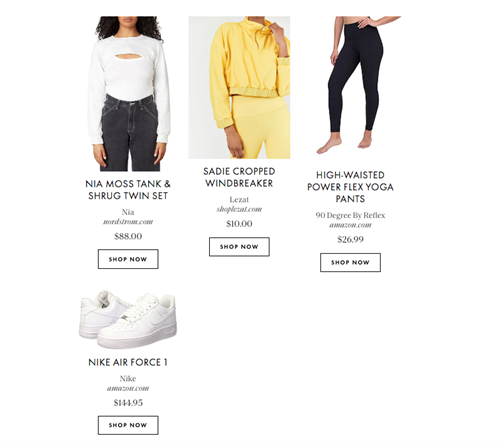