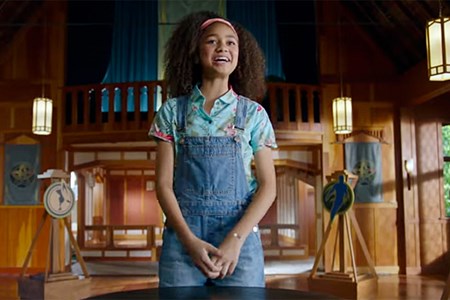 Get ready for a new take on the battle against forces of darkness set at a magical boarding school.

EW has your exclusive first look at Upside-Down Magic, a new Disney Channel Original Movie starring Izabela Rose as Nory and Siena Agudong as Reina, two best friends excited to begin their journey at the Sage Academy for Magical Studies.

But as Reina's expert ability to harness the power of fire lands her at the top of her class of Flares, Nory's wonky magic and proclivity for turning herself into a "Dritten" — a half-kitten, half-dragon — lands her in a class for kids with upside-down magic, or UDM. Since those with UDM are vulnerable to dangerous and evil "shadow magic," they're forbidden to practice magic at all. So, Nory and her fellow classmates set out to prove that upside-down magic beats right-side up. 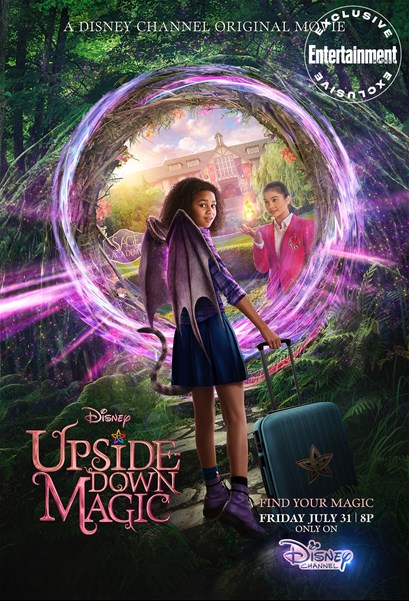 The trailer for Upside-Down Magic features many easy comparisons to Harry Potter, from being sorted into different groups based on strengths, classes pertaining to different kinds of magic, adventures in the woods, and a group of plucky best friends on a mission to save everyone from forces of evil. But Upside-Down Magic comes with an exciting 2020 update as female main characters take the lead.

The whimsical summer adventure fantasy for kids and families is based on the New York Times-bestselling children's book of the same name from authors Sarah Mlynowski, Lauren Myracle and Emily Jenkins, and also stars Vicki Lewis, Kyle Howard, Max Torina, Elie Samouhi, and Alison Fernandez. It was directed and executive produced by Joe Nussbaum, along with executive producers Suzanne Farwell and Susan Cartsonis.

Upside-Down Magic premieres Friday, July 31 at 8 p.m. on Disney Channel and will be available on DisneyNOW beginning Saturday, Aug. 1. Check out the exclusive trailer below.