by Film and Furniture

Andra Day is captivating and wholly believable as Billie Holiday in Lee Daniels’ new movie The United States vs. Billie Holiday and has already been recognised for her performance with a Golden Globe nomination for Best Actress. The film sets are equally absorbing. From jazz clubs to penthouses, the colour themes are rich and deep, and some gorgeous art deco furniture caught our eye too.

Born Eleanora Fagan in 1915, the American jazz and swing music singer known as Billie Holiday (and also nicknamed ‘Lady Day’) had a career spanning 26 years and was probably the most innovative and influential jazz singer of all time. Her vocal style was inspired more by jazz instrumentalists than vocalists and she pioneered a new form of phrasing and tempo.

The storyline of Daniels’ film follows Holiday’s career during the 1940s when she was targeted and tormented by the Federal Department of Narcotics with an undercover sting operation led by black Federal Agent Jimmy Fletcher, with whom she had an affair. 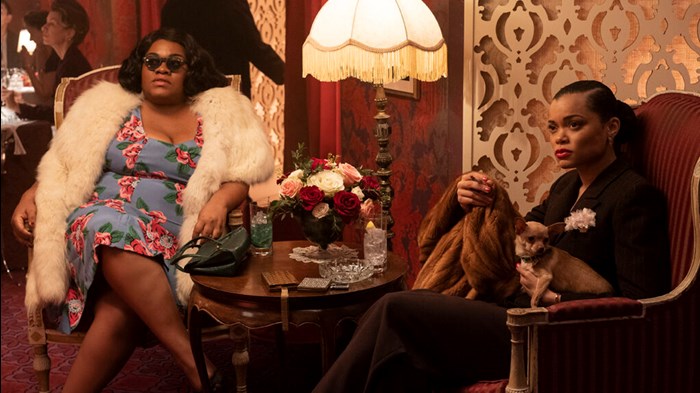 Production designer Daniel T. Dorrance began work on the film set designs by focusing on colour palette. This was not such an easy task as one might imagine because many of the vintage photos of the period which he referenced were in black and white. Fortunately he found a colourised photo of Times Square that became the basis of his vision and from there he began to research and piece together all the venues – from hotel rooms to juke joints and back stage dressing rooms.

The Art Deco style, so evocative of the jazz era can be seen in the choice of furniture, lighting and rich fabrics.photo 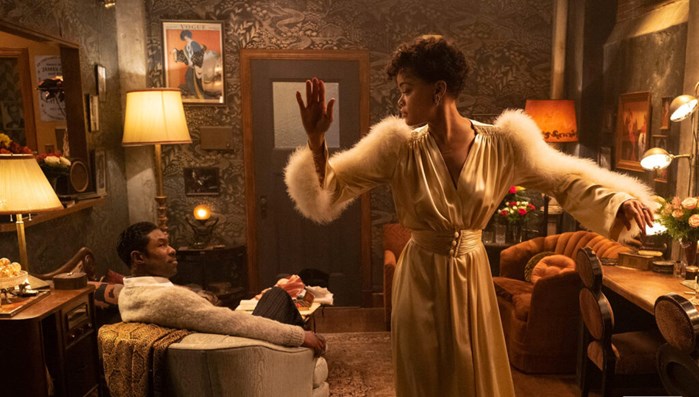 Find a good selection of original and upcycled Art Deco furniture on Etsy. 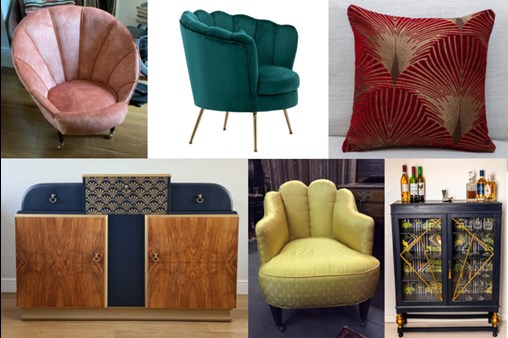 Dorrance also collaborated with Daniels’ longtime cinematographer Andrew Dunn, particularly on how the lighting interacts with the sets and costumes. Dorrance and Larivière were very conscious of the rich world of design that defined Holiday’s jazz circles, leading to lots of bold textures, particularly in wallpaper, graphics, cars and architecture.

The Alabama woods, where Holiday witnesses the aftermath of a lynching, was the starting point for a traveling shot and sequence that ends up onstage with Holiday singing “Strange Fruit.” It begins as Billie sees a cross on fire, she then enters a shack (the victim’s modest family home, full of texture and touches of broken beauty like a table cloth on a rickety table), then she travels through that house to end up on the Carnegie Hall stage. Dorrance and his team connected the house scene to the Carnegie Hall scene with a distinctive wallpaper design that lines the walls of the corridor that links to two spaces. 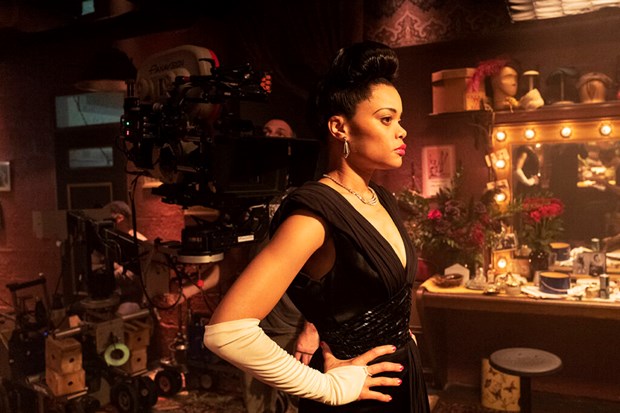 Andra Day on the set of The United States vs. Billie Holiday. Photo: Takashi Seida.

All in all, this mesmerising Billie Holiday biopic features 74 sets and 60 locations which were all captured in a 43 day shoot. 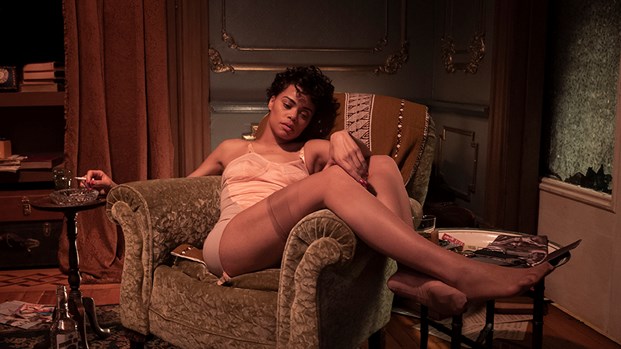