by Daniel Eagan, Below The Line News

A mother and her baby become targets in I’m Your Woman, an Amazon Original Movie streaming December 11. Directed by Julia Hart and written by Hart and Jordan Horowitz, the movie evokes crime thrillers of the 1970s while building its own take on suspense.

Rachel Brosnahan (The Marvelous Mrs. Maisel) plays Jean, a sheltered suburban housewife who prefers not to know how her husband Eddie (Bill Heck) makes a living. When he disappears, she is forced to rely on his friend Cal (Arinzé Kene) to keep a step ahead of crooks looking for revenge. The action unfolds in a grimy urban landscape of diners, flophouses, and backroom card games. Marsha Stephanie Blake and Frankie Faison also star in the film.

This is the second collaboration between Hart and director of photography Bryce Fortner after the Disney+ feature Stargirl. In addition to shooting five seasons of the Peabody Award-winning Portlandia, Fortner was DP on the features Ingrid Goes West and Professor Marston & the Wonder Women. He shot I’m Your Woman in and around Pittsburgh in October, November and December. Fortner spoke with Below the Line by telephone.

Below the Line: I’m Your Woman is a crime drama set in the 1970s. Can you describe your approach to visualizing that period?

Bryce Fortner: It was important to Julia and Jordan, her writing partner and producer, that the movie didn’t feel like a museum piece. We all wanted it to feel like we were experiencing these moments in the seventies as opposed to looking back at a time period. So a contemporary look, not modern or slick, but also something that didn’t look like we were shooting on vintage lenses.

Julia and Jordan had their list of films they really liked. Thief was a big inspiration for them, more tonally than visually. My biggest inspiration came from still photographer William Eggleston — his observational nature, the way he photographs people, nighttime exteriors. Also Thelma and Louise: the color, the fact that it was shot on anamorphic really struck me.

We shot on the Alexa Mini, using Cooke SF anamorphics. We liked the slightly heightened flare aspect they gave us. We didn’t go flare crazy, but the fact that we could shoot into car headlights and get nice horizontal flares made them feel like the right choice. 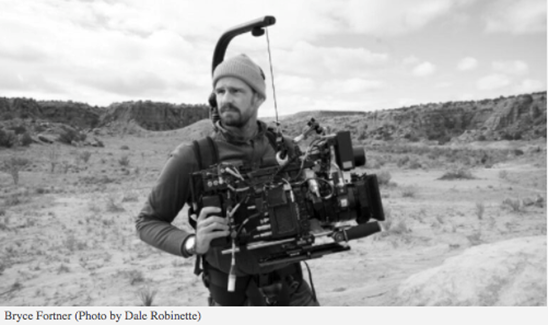 BTL: You said you didn’t want to use period lenses. What are the other ways you can evoke the 1970s visually?

Fortner: I want to say the ’70s are known for zoom lenses, and I’m a big fan of pans, which is part of the ’70s aesthetic that’s largely gone away. Pans are a simpler way of doing things, so I was looking for ways to incorporate them.

There are a couple of homage moments in I’m Your Woman, like a zoom at the used clothing store that we probably wouldn’t have done otherwise. Julia and I are big fans of Sugarland Express, which was Steven Spielberg early in his career. How he blocked with the camera, coordinated camera movement with actors walking as opposed to starting with a wide shot and then moving to close-ups.

We tried to do that at much as we could, which was challenging when a baby is involved. The first time Jean sees the safe house, it’s all done in one shot. She and Cal come in through the front door, walk through the kitchen, and the camera tracks them into the living room where they have their conversation. It’s actually not a very hard shot to do, but it was important for us to try to get as many moments like that as we could.

BTL: How did you approach the lighting?

Fortner: We had a typical HMI package, but we also used a lot of LEDs. I like to work with gaffers who make their own lights. We had these little covered wagons which are just household bulbs wrapped in muslin. I love them for night interiors, they feel like lamplight. A nice minimal approach that allows us to move quickly.

We had some larger night exteriors, but for the most part I like to work really small. So HMIs for day, and at night I tried to work with existing light as much as I could. 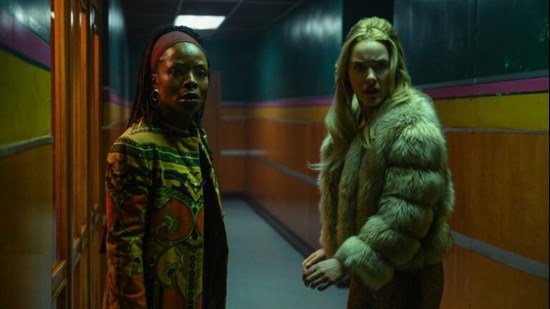 BTL: The car chase at night must have required a lot more than existing light.

Fortner: That was one of those times where they scouted the location during the day and thought, “It’s amazing, let’s shoot here.” I think we had six or nine blocks. When I came to Pittsburgh, I drove through it at night, and it was black. None of the businesses were open, half of the streetlights were out.

Our communication with the city of Pittsburgh was awesome. They have a policy to repair any defective streetlight that is pointed out to them, and they were kind enough to let us use sodium vapor lights to keep with the period. Then we did some minimal lighting of our own, LED lights in windows to make buildings look like they had open businesses. We put a bonfire here and there, twinkle lights in some places.

I’m not a fan of Condors and big movie backlights if I can help it, especially for this sequence. We did a wetdown, which helped. It made the look a bit more dynamic without having to add a ton of lighting. It was fun to play with the notion of point sources, reflections, things like that.

We shot the driving stuff with a Russian arm. We used a wide lens, so instead of a long lens removed from the action, we were very wide and very close. Which upped the stakes with driving a little bit, but you’re in there experiencing the sound of the engines, the headlights kind of flaring, you see the road moving right below the camera.

BTL: But you also have a lot of dialogue during the chase.

Fortner: All the dialogue inside the car was shot against LED screens. First, we lit the streets, then we shot our own plates. We had them cut by editorial and used them on LED screens on a soundstage.

It’s something I had never done before. I’ve used rear projection and green screen, but this is the way of the future. We shot it with the camera inside the car, and I tried to light it as if we were on location. I think it’s nice that you’re in the car with them, it’s like you’re experiencing that moment instead of observing it from a distance with the camera on a mount. 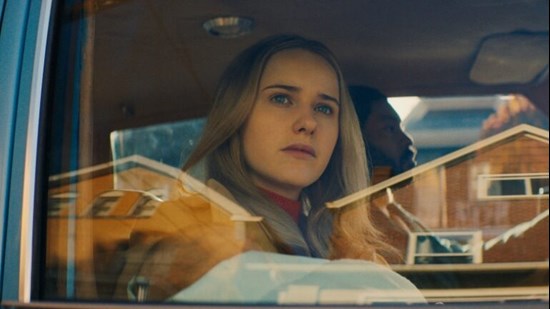 BTL: You make some interesting choices, like photographing a shootout from inside a telephone booth.

Fortner: That was in the script to a degree. A lot of the violence in the story is hinted at. In preproduction Julia and I would sit down every single day and shotlist the movie. Both times we’ve worked together we’ve had the entire film shotlisted before we go in. It’s a great collaboration.

We had that set built, the hallway and phone booth, because we wanted the camera behind Jean. We built a set for a scene that takes place in a closet, again keeping the camera very close to Jean. I think the only other set was the cabin in the woods.

That was entirely practical because we had a lot of scenes there. And we had to have a functioning heating system because the crew was going to be in there for a week. Weather was definitely a part of this shoot.

We shot the cabin in the winter, which was miserable but very pretty. Early morning backlighting with frost on the grass, stuff like that. But it was 34 degrees and raining every day, in the middle of this muddy field. It’s an experience to get through and a story to tell but while you’re experiencing it, it was tough.