Headlines
Previous
First Trailer for I’M YOUR WOMAN, Lensed by Bryce Fortner | The 1970s Crime Drama That Will Open AFI Fest
Next

The woman holds her baby her thief husband says he won’t be home tonight. Later she’s awakened by his partner in crime — “Something happened tonight,” he tells her in a rush — and is set away with a third man.

“Is anybody looking?” Jean asks her new caretaker. “Everyone’s looking,” he replies. “And they’re looking for you, too.”

Here is the first look at I’m Your Woman, starring Rachel Brosnahan as the mom who finds herself on the lam. Check out the trailer above and the key art below.

More on the plot: Suburban housewife Jean (Brosnahan) lives a seemingly easy life, supported by husband Eddie’s (Bill Heck) career as a thief. But when Eddie betrays his partners, Jean and her baby are forced to go on the run, and Eddie’s old friend Cal (Arinzé Kene) is tasked with the job of keeping them safe. After Cal mysteriously disappears, Jean befriends Teri (Marsha Stephanie Blake), and the two women set out on a perilous journey into the heart of Eddie’s criminal underworld.

Frankie Faison, James McMenamin and Marceline Hugot also co-star in the pic from director Julia Hart, who co-wrote the screenplay with Jordan Horowitz. Brosnahan and Horowitz are the producers.

The R-rated film led by the Emmy-winning star of The Marvelous Mrs. Maisel will have its world premiere Thursday as the opening-night film of the virtual AFI Fest. The 34th annual event will run online from Thursday through October 22. 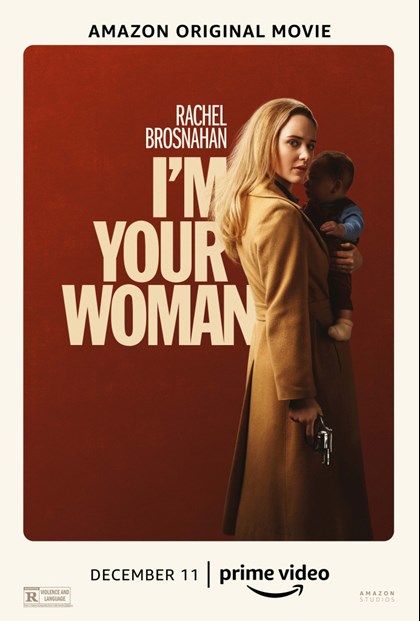