Apple TV+ has released the trailer for Swagger, its upcoming 10-episode series inspired by the life of NBA superstar Kevin Durant. The series will focus on the obstacles young players face in and out of the court while pursuing their dreams of becoming the next NBA star. The first three episodes of the ten-episode series will debut globally on Friday, October 29 on Apple TV+, followed by one new episode weekly, every Friday.

The trailer introduces us to Jace Carson (Isaiah Hill), a basketball phenomenon who is one of the top-ranked youth basketball players in the country. At only fourteen years old, Jace dedicates his life to training, hoping that his hard work will take him to the NBA. That’s why he joins a training program developed by Ike (O’Shea Jackson Jr.), a former star player who’s now a youth basketball coach. Jae and Ike soon form a bond that goes beyond the sport, especially as they both face the cruel reality of a world that judges people by the color of their skin.

Swagger also stars Shinelle Azoroh as Jenna, Jace’s mother who is determined to chart NBA success for her son; Academy Award-nominee Quvenzhané Wallis as Crystal, a top young basketball player; Caleel Harris as Musa, the team’s glue and point guard; James Bingham as Drew Murphy, a player from an affluent part of town; Solomon Irama as Phil Marksby, the enforcer for a rival team; Ozie Nzeribe as Royale, a sub-par player with a wealthy dad; Tessa Ferrer as Meg Bailey, a former basketball player and coach for a rival team; Tristan Mack Wilds plays Alonzo Powers, the grassroots division leader at a major shoe company; and Jason Rivera as Nick, a player from Puerto Rico with the drive to become the best player in the country. 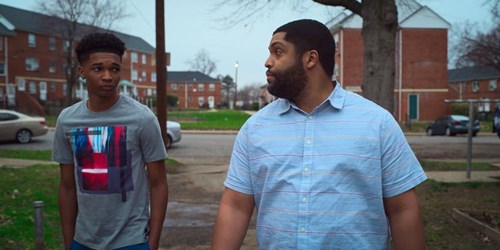 Swagger will premiere globally on October 29 exclusively on Apple TV+. The three first episodes of the series will be released on the premiere, with new episodes coming weekly every Friday until December 17. Check out the new trailer.