The ASC Photo Gallery — still images that can move the viewer.

I’ve never known any cinematographer who is completely satisfied with every- thing they’ve shot. I’m certainly not. Our chosen career is a collaborative art; there are too many variables in play to ensure that anything but a best approximation of what was originally in mind makes it to the screen. Though we begin a show with delusions of perfection, the inevitable shortfall is experienced in any number of ways, even if we’re the only ones aware of the specifics. While we suffer all manner of self-inflicted torment — at the moment of exposure, on the work commute, in the middle of the night — there’s a correlation between how early we learn to deal with lack of control and the long-term satisfaction we de- rive from our work. Cinematography, like jiu jitsu, is a great teacher of humility. But instead of tapping out early and often, something in our souls causes us to dismiss the odds; this also drives us to try harder and do better day after day, often under the most onerous of conditions.

Why, then, would any of us want to provoke chaos by picking up a stills camera — on our own time, no less?

The logistical differences are certainly inviting. If our regular job involves service to a lumbering giant, shooting stills is more akin to being a guerrilla. Our independent streak shines through. Permission is not necessary — improvisation is. Unencumbered by the big machine’s bureaucracy and hardware, we’re quick to adapt and light of foot. We seek chokepoints, exploit weaknesses and seize the high ground to strike at a time of our choosing. That the resulting images might have meaning is always the goal, though that’s not for us to assign. The exercise of freedom is its own reward. Engaging a subject and deciding precisely when to release the shutter are replenishing acts and bring to mind the Irish proverb about living by the seashore: “It stops old wounds from hurting. It revives the spirit. It quickens the passions of the mind and body, yet lends tranquility to the soul.”

A decade or so ago, Francis Kenny, ASC got the notion that in addition to creating great moving pictures, ASC members are pretty good at creating stills, too. So, a call went out and samples were catalogued. Exhibitions were hung at the Academy of Motion Picture Arts and Sciences in Beverly Hills. Another took place at the EFilm facility in Hollywood, and a third was sponsored at a special venue by director Jesse Dylan. The reaction from within and outside the industry was overwhelmingly positive — and the acclaim has only grown since then. 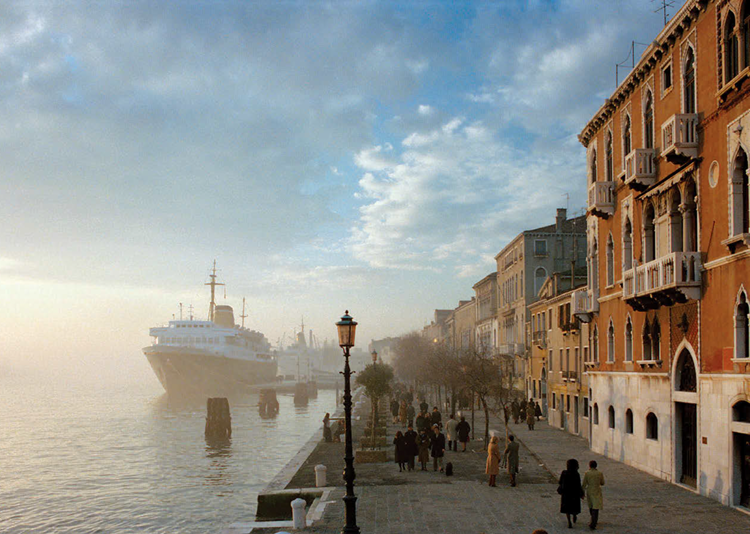 Captured with everything from cellphones to view cameras and brought to substance by both chemical and electronic post processes, the ASC Photo Gallery — whose exhibitions have since moved to the hallowed halls of the ASC Clubhouse — offers a range of subjects too broad to sum up in a phrase. Every frame provides the viewer with a direct line to what interests and obsesses these cinematographers, where their true passions lie, and how they see the world when given ownership over what to observe. If a farm-to-table equivalent existed in photography, this would surely be it. Boasting a technical quality that matches any- thing found in our finest institutions, the Photo Gallery has a special quality that’s beyond dispute.

Cinematographers are often asked what motivates us to work so hard. What’s the kick? Where does the passion come from? For most of us, it’s simple: There’s nothing more gratifying than preserving moments in time so they can be shared with others. I’ve never been able to pinpoint how this compulsion originated or where it resides (deep inside, plainly), but the satisfaction that comes from indulging it can be every bit physical as emotional. I think I speak for my colleagues when I say that in a post-apocalyptic world, we would still find a way to express ourselves through pictures, even if it meant scraping burnt sticks across a cave wall. And don’t let this get around, but we’d be happy to do it for free!

The tomb of the English architect Sir Christopher Wren is located in the crypt of St. Paul’s Cathedral in London — a building that Wren de- signed. The epitaph inscribed above it is telling, and can be aptly applied to the ASC Photo Gallery, though somewhat less grandly: “Si monumentum requiris circumspice.” If you seek his monument, look around.

As you take in these images, think of each as a witness to its creator; they’re as particular to their authors as their own signatures. Absent the demands of producers, directors and making the day, these stills reveal as much substance in a fraction of a second as any motion picture. And when that instant merges with an appreciative gaze, both parties can experience a transcendent satisfaction.

Full Photos in the Volume 102, Issue 5 of American Cinematographer

More on this Issue