Insider spoke with the movie’s costume designer, Helen Huang, about how she brought Roberts’ character, Sloane, to life through vintage and secondhand fashion.

Huang also used fashion as a tool to highlight Sloane as an atypical rom-com character.

“I wanted to emphasise that Sloane is not like every other rom-com girl – where she’s sad and then she’s happy, and she has two totally different wardrobes for each – because I feel like that’s not a real representation of women,” Huang told Insider.

Netflix’s new original romantic comedy, “Holidate,” follows Sloane (Emma Roberts), who’s sarcastic, self-assured, and simply fed up with being nagged by her family for being single.

When she meets Jackson (Luke Bracey), they bond over having equally disappointing Christmas experiences and make a pact to be each other’s strictly platonic dates for celebrations throughout the year. But after a year of spending festive moments together, the two find that that they might have something more than just a friendship.

While “Holidate” may have some subtle nods to classic films of the same genre, like “When Harry Met Sally,” Sloane isn’t the predictable rom-com subject â€” and that’s reflected in her sometimes-quirky and nostalgic sense of style, as brought to life by costume designer Helen Huang.

“Sloane is the type of character who might have a really great vintage T-shirt collection or a cool 1960s leopard coat, but she would still lounge around the house in her high school sweats,” Huang said. 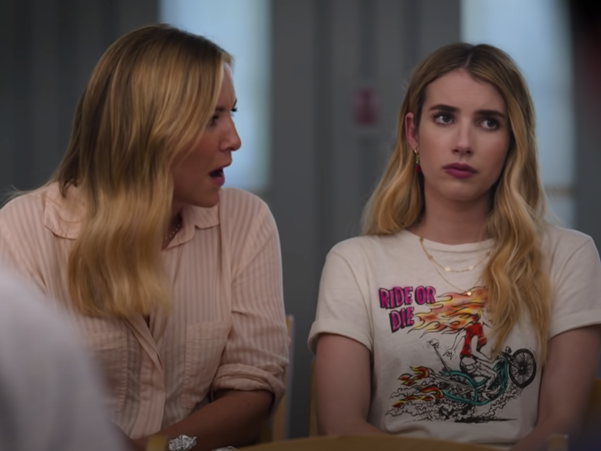 Huang found one-of-a-kind, secondhand pieces for Roberts to wear â€” and sprinkled in an homage to the early 2000s

Huang told Insider that the majority of Sloane’s wardrobe in the movie consisted of items that were thrifted or vintage pieces that were rented from costume warehouses in Los Angeles, as opposed to new, straight-from-the-rack garments.

“I would bring [Roberts] these little pieces that I found from all around,” Huang said.

For example, when the cast and crew filmed in Atlanta, Huang found a top for Roberts to wear while she was scouring a local craft market in the city. Huang also rented all of Roberts’ jewellery from different costume houses, which she said helped give her character depth. 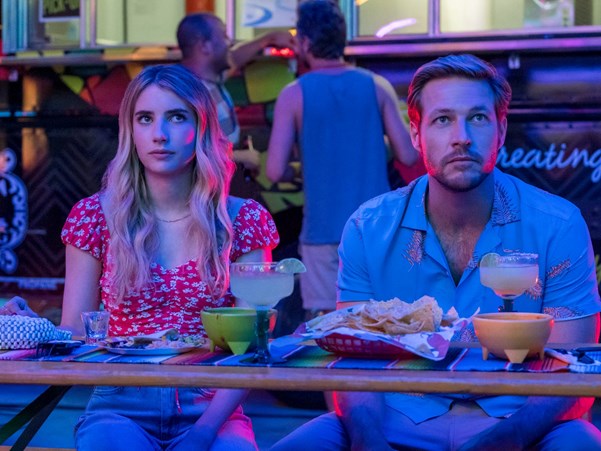 “I didn’t want people to be able to tell immediately where she got all of her stuff, and I think that’s what makes Sloane so special. She’s not the type of character to wear a one-brand, head-to-toe look,” Huang said.

One of Huang’s favourite looks from “Holidate” was Sloane’s Valentine’s Day outfit, which included a Juicy Couture sweat suit and an animal-print coat.

“[Roberts] actually had a pair of Juicy Couture pants from the early 2000s, so we took inspiration from that,” Huang said. 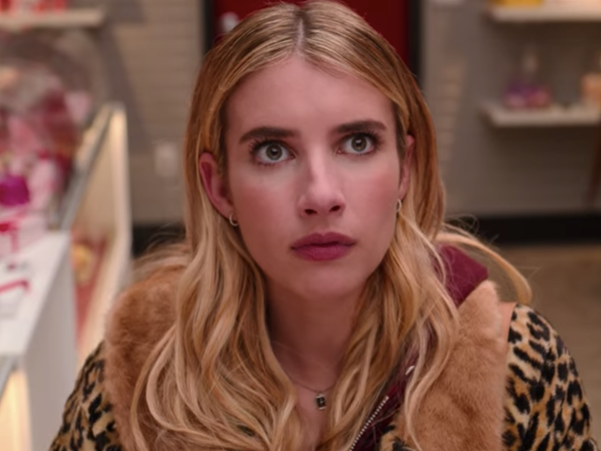 Huang also looked to resale and designer discount websites to find unique pieces for the movie â€” like a Moschino shrug-style cardigan with floral patches that she said she discovered while scouring The Outnet. Roberts wore the top for the movie’s Thanksgiving scene, and it appeared to be sold out at Neiman Marcus at the time of writing.

“I was scrolling and trying to look for something special, and I found this Moschino sweater,” Huang said. “I thought: ‘It could either be really good or really bad,’ but I love that line. It ended up being perfect on [Roberts].” 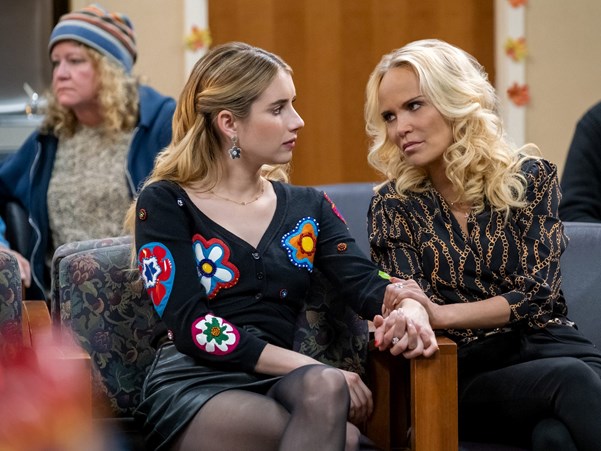 Huang said that she hopes viewers can see themselves in Sloane, as well as her style.

“I wanted to emphasise that Sloane is not like every other rom-com girl â€” where she’s sad and then she’s happy, and she has two totally different wardrobes for each â€” because I feel like that’s not a real representation of women,” Huang said.

“Sloane has one closet,” Huang continued. “It’s not like she went out and bought a whole new wardrobe because she met Jackson, and that was important to me.”

Huang kept this sentiment at the top of mind while styling the other “Holidate” characters.

“I tried to show that women, in their clothing, have an idea of who they are. Things happen in their lives, but that doesn’t directly affect how they choose their clothes,” Huang said.

“Holidate” is now available to stream on Netflix.