Headlines
Previous
FOR ALL MANKIND Cinematographer Stephen McNutt ASC, CSC Creates A Luminous Look on Earth And Moon
Next

by Robin Milling, Below the Line

When the space-themed television series For All Mankind debuted in November 2019, it presented an alternative reality to the year 1969. The biggest accomplishment in the history of space travel was turned upside down. The jarring and unsettling reality in the world of creator Ronald D. Moore was the fact that the Soviet Union had beat the United States to the moon.

In Season 2, it’s 1983, almost two decades later, where Ronald Reagan is now president, and NASA, led by one of their top astronauts (played by Joel Kinnaman), is faced with unforeseeable challenges and setbacks with Russian interference as it tries to gain a foothold in the space race.

For many of us who can only experience the look of the moon through television shows and films, it is up to Cinematographer Stephen McNutt (ASC, CSC) to bring those moments to life and create the feeling of actually being there. Shooting a show like this requires not only capturing the visuals of zero gravity, lighting the dark side of the moon at the Jamestown Space Station, but also grounding the characters here on earth.

When McNutt began his career as an editor back in the days of shooting on film, his spirit wasn’t in it, meticulously searching through film frames to pick the best take. Picking up the camera, he gravitated to the sci-fi genre which was his first love, and became well known for other Moore-helmed projects, such as Battlestar Galactica, Caprica, and For All Mankind. However, he is not one to pigeonhole his creativity nor fall back on any single signature camera movement. 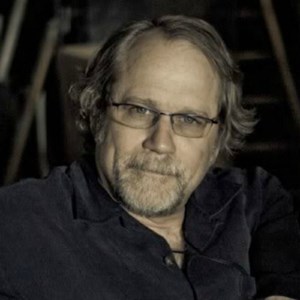 McNutt spoke with Below The Line about how he created the overall visceral look and feel of For All Mankind and reveals what’s involved in bringing both planets and the action that takes place on them to life.

Below The Line: Where does your love of space and sci-fi come from?

Stephen McNutt: I’ve always liked science fiction. I remember very clearly in 1969 when we landed on the moon. I was a young man at the time, I remember it, and I was in awe of that. That helped me in imagining space, stars, all the things in the endlessness of the universe. Where does it go, and how far does it go and where does it end? I always was interested in that stuff. That’s what started that and then seeing Star Wars and thinking, “Man this is really great.” Then ultimately Battlestar Galactica rolls around and then you’re running.

BTL: Have you become the go-to cinematographer for this type of genre in television?

McNutt: The fact is I was typecast there for a little while, “He does sci-fi,” so I thought I better do something else. So I did a show called Hellcats, and it was all about cheerleaders. I couldn’t get any farther away from sci-fi than this! I just had to do something on the other side of the universe. I shot seasons 2 and 3 of Outlander for Ron, which I really enjoyed, especially going to Scotland. We had a lot of conversations about the opulence and the beauty and the glow of it, similar to this show where the spirit of the show demands the feel of it.

BTL: How did you recognize the spirit of For All Mankind and working with the directors on the series to achieve their vision?

McNutt: Every day is different. You follow the spirit of the scene and start from there. From my perspective, because I’m working on it alone, that’s working with the lighting part of it. The director is then influencing me and saying, “What do you think about this?” or “How are you gonna fix that thing?!”  For instance, [Director] Seth Gordon went into a classroom in the pilot, Episode 1, and he got scared. “What are we gonna do in here?” I took this big light over the top of the table and said, “This is the astronaut’s meeting room,” and they’re around one big table, and I just hit it with this beautiful top light. It just bounced off, and the whole room went dark, being in the background, and it turned out really well. 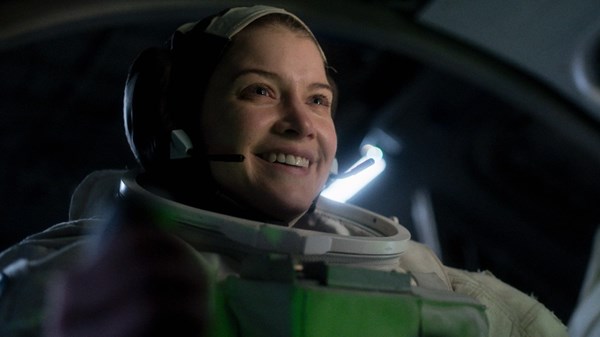 Tracy Stevens in For All Mankind

BTL: There is a wonderful scene where the astronaut Molly Cobb (Sonya Walger) returns to earth and she’s got to get her bearings so everything looks kind of wonky. How did you do that?

McNutt: We shot that at six frames per second, and there’s three things you can do with that. You can shoot it at six frames per second and then play it back at six frames per second for that echoey “Uh,uh uh,uh, uh, uh” [look] which I don’t like very much. We used to do that all the time in the ’90s. You can’t play it fast because it looks stupid. What I discovered is if I record it off the monitor, it has a different feel to it. We take a special disc with the images and you’ve got that wonderful feeling of blurring and you get the feeling that Molly’s in trouble.

BTL: What was the most challenging scene to shoot and how did you make it work?

McNutt: One of the harder scenes was when Ed Baldwin (Kinnaman) and Gordo (Michael Dorman) were walking down the street at night and cars were coming down. That was difficult logistically because it was such a wide shot. I had a giant, giant light but it was on the edge of its ability to do what I needed it to do. Then to wrap light and separate them while they’re walking down the road was challenging. But I also use a lot of moonlight as a character in the show. So I was able to bring in a lot of blues in that shot for that texture. Most like on the moon where most of it is in the dark, you need earth light if you will. 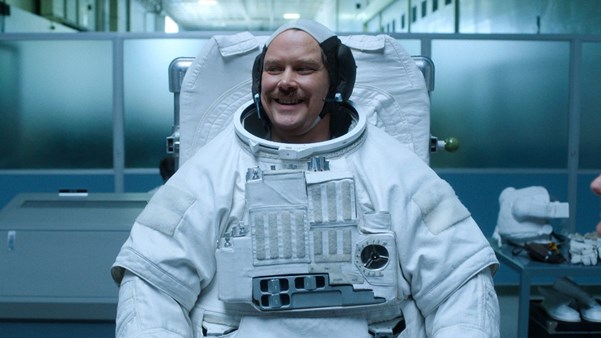 Michael Dorman in For All Mankind

BTL: Let’s talk more about that moonlight and shooting scenes on the moon.

McNutt: Shooting on the moon wasn’t as hard. You only got one light and if you place it properly and everybody places what they do around it, the difficulty is getting it far enough away. The further you get the light away the more even that light is along the distance. That was the difficult part because we had that larger stage, and I had to get a bigger 100,000 watt light. Then the grips with Curt Griebel had to build an iris, a circle around the light, and they couldn’t be too close. It was so hot it would burn everything up. Then it spread out in blackness which kept the light off the ceilings and off the floor and just funneled the light like a spotlight on the moon.

BTL: How would you describe the overall look of this show in terms of the lighting?

McNutt: We try to reflect the time period that we’re in as best we can, even though I wouldn’t want to shoot the ’80s lighting style! I find it to be a luminous quality. I try to approach it as a glowing type of thing. I like light coming from below, especially when you’re in the spaceships. Luckily we’re working with a Venice camera where we can go to a very high speed and sensitivity. It’s a remarkable camera. In the consoles, we have all the stuff lit up with the controls and buttons and such which does all of our lighting for us. It’s a wonderful luminescent show. We light it with the sense of a luminous type of richness. It has a feel to it that you might not see on a normal television show.

BTL: What are you most proud of about your work on Season 2?

McNutt: I pride myself on the set to try and make everybody feel comfortable and try to make as many smiles as I can. I let them know I appreciate their work. I work with my crew as human beings and as friends and respect their craft. I like the sunrise on the moon. I loved the majestic decision of Molly to potentially give up her life to rescue Wubbo (during the solar storm scene).  I love the scenes when the Russians invade which is the first real action we see. They’re all grandiose. We’ve got Jay Redd, the special effects guy. We’ve got Dan Bishop, the production designer, who is spectacular. His wife Dianna Freas is our impeccable set decorator so whatever she puts in front of the lens looks so good. By the way that it’s been designed, there’s a good feeling there.

Both seasons of For All Mankind are available to stream on Apple TV+.