To that end, this multiethnic oral history allows politicians and the police, victims and survivors who witnessed the events of April 29 and 30, 1992, to expose a relentless accretion of official decisions and public resentments. We’re almost 90 minutes in before the uprising begins, but not a second feels unnecessary: Rather, some sections are so powerfully elucidated by the movie’s commitment to context and nuance that even too-familiar tragedies — like the agonizing beatings of Rodney King and Reginald Denny — arrive freighted with fresh insight.

“It was truly a war like no other,” says Jung Hui Lee, a Korean-American shopkeeper whose 18-year-old son, Edward Jae Song Lee, was mistaken for a looter and shot while trying to protect another business. His death, like others in the film, is indicative of a chaos that defies a simple black-and-white explanation.

Drawing from multiple visual sources, Mr. Ridley follows the rise of gang membership and drug use, and the troubling evolution of the policing tactic known as “pain compliance” (an escalating series of actions designed to subdue a suspect). Neither blame nor absolution entices him as, again and again (eased by Colin Rich’s masterly editing), he coaxes forth the perfect, shining moment that speaks volumes. 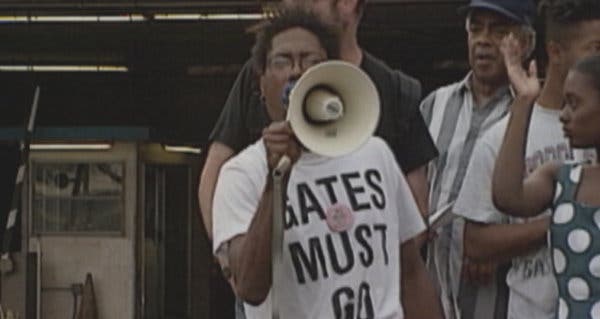 “He was only 20,” one woman says, distractedly, of the boyfriend who died from a police chokehold, as if she were fully registering his youth for the first time. Similarly, a telling encounter with a biracial juror plays like a spotlight on the complexities of tribal loyalty. But Mr. Ridley (whose terrific anthology series, “American Crime,” is currently in its third season on ABC) saves his most devastating device for last, sideswiping us with the realization that someone who has already touched our hearts might also, at one time, have turned our stomachs.