When approaching features like those in his Avatar franchise and the fantastical worlds they depict, filmmaker James Cameron looks for “true, universal human experience” to ground the narrative.

In the case of the original sci-fi epic released by 20th Century Fox in 2009, he was looking at “a relatively simpler story” about “boy meets girl,” in the vein of Romeo and Juliet. And with his long-awaited sequel Avatar: The Way of Water, coming up for release on December 16, he’s turned his attention to family. 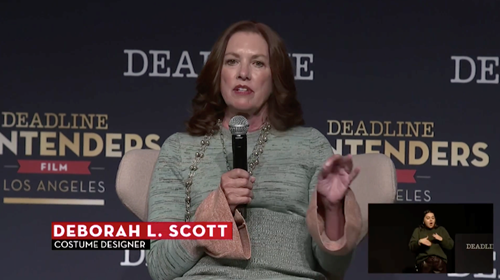 “We all either know the family experience or long for it. It’s just in our genes, our code,” the three-time Oscar winner observed during a virtual appearance Saturday at Deadline’s Contenders Film: Los Angeles. “As a father of five, I’ve had plenty of experience with teen angst, the teen years. … [My kids] laughingly know they’re sorta, kinda in [the film], through a funhouse mirror — the conflict, the dysfunction but also the bonds and the strong love, all of those things.”

The Best Picture Oscar-winning Avatar, written and directed by Cameron, more specifically watches as the paraplegic Marine Jake Sully (Sam Worthington) is dispatched to the moon Pandora on a unique mission, there becoming torn between following his orders and protecting the world he feels is his home. The film proved a marvel both visually and at the box office — stunning with its pioneering 3D visual effects and surpassing Cameron’s Titanic as the highest-grossing film of all time. (Avatar was passed by Avengers: Endgame in 2019, but Cameron’s original reclaimed the title in March 2021, following a Chinese re-release.) 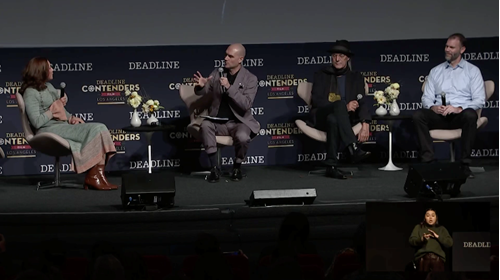 The sequel from the rebranded 20th Century Studios picks up with Jake and his newfound family on Pandora as a familiar threat returns to finish what was previously started, watching as the Marine joins forces with his extraterrestrial mate Neytiri (Zoe Saldaña) and the army of the Na’vi race to protect their planet.

Cameron added during Saturday’s chat with Deadline’s Dominic Patten that he found “great grist for the dramatic mill” in juxtaposing the “elemental conflict” of the human and Na’vi races with a portrait of Jake and Neytiri as parents, saying that the sequel is “more emotional” and “more detailed around the characters” than the first film.

He added that The Way of Water “still delivers on the beauty, wonder and spectacle,” though “it’s not just a week in Bora Bora. It’s a very heart-wrenching journey, and by design.” 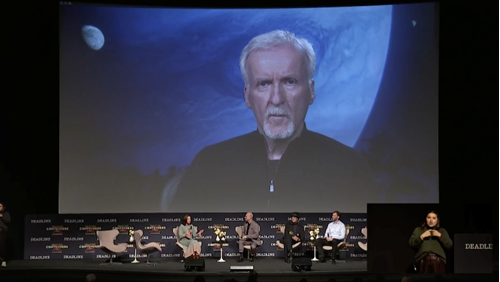 Cameron was joined on the in-person panel by cinematographer Russell Carpenter, costume designer Deborah L. Scott and production designer Dylan Cole. Carpenter spoke to the film’s underwater photography, with Scott discussing her first experience of designing “virtual costumes” and Cole detailing the way he and co-production designer Ben Procter divvied up their work, with Cole tackling the world of Pandora and Procter taking on Earth.

Check out the panel video by clicking this link to the original article.