—After six years on 'Chicago Fire,' the actress takes on her darkest role yet.

As Hightown creator Rebecca Cutter remembers, Monica Raymund left her audition for the series lead saying, "You can cast whoever you want, but just so you know, I’m Jackie Quiñones.'" For her part, Raymund now realizes the potential riskiness of that move. "I love that story only because it worked out in the end," she tells ELLE.com. "I was very confident that I could relate to this role, and I just understood who this woman was on the page."

As Jackie, Raymund is a Cape Cod-based National Marine Fisheries Service agent who finds herself at the center of a brutal murder when she stumbles upon the body of a young woman on the beach. As she grapples with her own alcoholism, Jackie becomes obsessed with the case, even as it brings her dangerously close to a vicious drug ring. Raymund, a Juilliard graduate who spent six years as the star of Chicago Fire, was fascinated by the role from her first introduction. "I was in a place in my career where I wanted to make a drastic change. I needed to shake things up," she says. "I was interested in doing dark, messy, gritty—something that was going to hit me out of nowhere, just smack me right in the middle of the face." That hit worked in her favor; Hightown has received record viewership for Starz, and has already been renewed for a second season.

The role also offered Raymund something she's rarely presented with. "I'm playing a queer Latina woman on television, where the story isn't about her being queer or Latina. That is a step," she says. "It's just a characteristic, and it's normalized. The event of the story is the crime drama and her addiction." Raymund talks to ELLE about her introduction to Provincetown, reading sci-fi in quarantine, and how she's supporting Black Lives Matter. 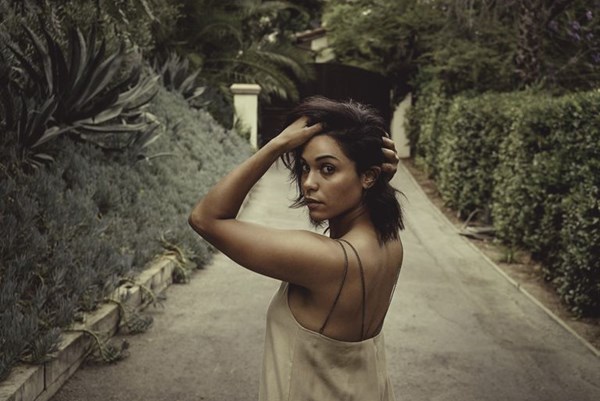 What did you find so gripping about this story?

I understood who this woman was on the page—mostly how messy she was. I wanted to explore this theme of light and dark and how Jackie exists between those two things. She's dealing with a very active alcohol addiction; I was interested in exploring her trying to get sober, navigating that path, and trying to understand how rocky it is—that it's not a straight line to sobriety. Also Jackie's obsession and compulsion to attach herself to the murder investigation—this innate human thing we have to constantly deflect and avoid our problems. 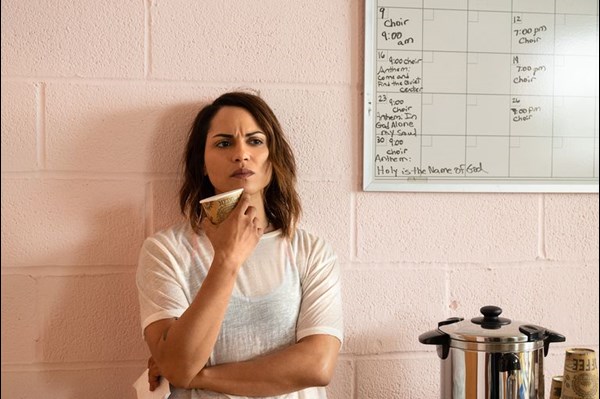 Do you think about her backstory or family? They're mentioned peripherally, but what made her who she is?

In the second episode, she says to the therapist that her father cheated on her mother multiple times, but also he was a fish cop, and she followed in those footsteps. I fleshed out what that world looks like for her, because you don't learn a lot about her backstory, and it's fascinating how dad and daughter relationships are so complicated. I find this a lot in my normal human life, talking to other girlfriends—how you can detest a man so much, and at the same time want his love and approval. Both of those things exist, and you see this pattern through her addiction. There's a reason she attaches emotionally to [her boss] Ed, who becomes a father figure. Her real dad isn't around, so [we have] to explore why that is. We learn her dad was cheating on her mom over and over again. I wonder what that means for her. Also being a lesbian and being Latina, if there's a story there—those questions don't get answered, but they're definitely questions I have for myself for Jackie.

She’s a character with a lot of light. It seems like she has a steely exterior, but she's very caring and sensitive to the feelings of others.

There's a deep vulnerability there. She uses jokes and comedy to cover what she's really feeling, but when she allows herself to tap into her vulnerability and you see her sensitive side, her loyalty to her friends and the chosen family she surrounds herself with. She is extremely empathetic. At the same time, she's very selfish. Both of those sides exist in one line. We see her have feelings for her ex whom she has always been in love with, and we see her using her in the same scene to get a ride.

"I just understood who this woman was on the page."

It feels like the community shapes the show a lot. The way Jackie lives probably would not be possible in a lot of places. Were you familiar with Provincetown?

I didn't know much about Provincetown, which is strange because I'm a queer woman and Provincetown is an LGBTQ mecca. I had never been there. I was really excited to visit, hang out, and party in the city—[to] see what life was like. It's such an inclusive community; it's very eclectic and extremely diverse. It's clear when the tourists come, when the party comes into town. The vibrancy is highlighted during Carnival, which is basically the Pride parade. Then when these tourists leave, all the townies and locals are left. That's really what Hightown is centered on—there's this incredible glamorous, flashy, fun, queer, colorful side of P-town, but then there's this very dark, gray underbelly that happens at the same time. 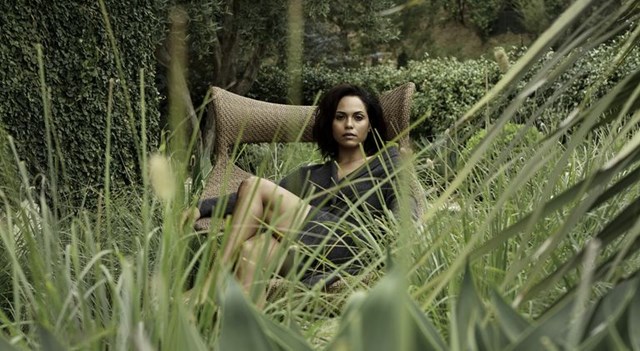 What has your experience in quarantine been like? Have you been watching or reading anything interesting?

There are some great days and there are some bluesy days. Overall, I'm learning that structure and routine is very important for my mental health. I do my morning meditation, I work out, and now I've begun the process of the day with productivity. I've been reading a lot of sci-fi, a lot of multi-book series and sequels; I've just read N.K. Jemisin and Octavia Butler. I'm cooking a lot and I'm very creative—I'm working on a couple projects from home, [and it's] helpful to have the time to really work on [them]. [And] it gives us an opportunity to think: What do we want to do? Where do we want to be when we come out? Think [with] a wide scope about your career and what you hope to accomplish.

I hope there comes a sense of community—if not global, then at least in our towns, in our community—of really pulling together. It's an uneasy time, but human beings are very adaptable. How can I be a better person? We're having a light shone even more on inequity, and what am I going to do? How am I going to use my good fortune to help dismantle some of the horrible things?

You've been involved with the Black Lives Matter protests. Have your feelings on these issues shifted since the killing of George Floyd?

I have participated in two days of protests here in Hollywood. The first protest I participated in was still when the riot police were showing up, so it was a little tense toward the end where I was walking. Then by the time I joined the second protest, it was extremely peaceful and I didn't see any riot police engage with the protestors. Seeing that firsthand was extremely illuminating and put into context what we're seeing on the news versus what's actually happening on the street: The narratives are changing based on who's speaking [and] the agenda for whoever's speaking. It was important to see it with my own eyes.

I'm a bit of a connoisseur of news and I read every news outlet, even the ones I really disagree with, because it's important for me to collect as much information [as I can] before I form an opinion. I do understand there's so much misinformation out there and it's such an influx period. During the transition of change, in a civil rights sense, there are a lot of growing pains. But it requires an aggressive approach because those are the foundations of revolution. [With] the conversations we're having, I need to make sure I keep it in perspective within my community, my industry, the people I surround myself with. We're all hoping for practical steps in policy change to be able to apply it to a realistic mode of community practice or law enforcement. That's the one thing that I'm craving—a strategy. The movement is doing an amazing job of amplifying Black voices and ideas of how to implement those changes. It's my hope that clear leadership comes from this.