Netflix has released the first official trailer for The Old Guard, the Gina Prince-Bythewood-directed film adaption based on the acclaimed graphic novel by Greg Rucka. Charlize Theron stars as Andy, a warrior who leads a covert group of mercenaries with a mysterious inability to die and have committed to protect the mortal world for centuries.

When the team is recruited to take on an emergency mission and their extraordinary abilities are suddenly exposed, it’s up to Andy and Nile (Layne), the newest soldier to join their ranks, to help the group eliminate the threat of those who seek to replicate and monetize their power by any means necessary.

Netflix will release the pic on July 10. Check out the trailer above.

The Fury Road actor plays a fighter with more than one life to give in the graphic novel adaptation.

Her name is Andromache of Scythia. She was born thousands of years ago, and has died hundreds of times—only to resurrect and fight again and again and again. She hides from the world but fearlessly confronts its darker corners, weaving in and out of history and mythology. In 425 B.C., she inspired the hero from one of Euripides’s only surviving plays; in the 1860s she was a soldier for the Union in the Civil War, and she is still picking up the club, the sword, the gun for every good fight she can find. Her name literally means “man-fighter” or “battler of men.”

But she goes by “Andy” now. 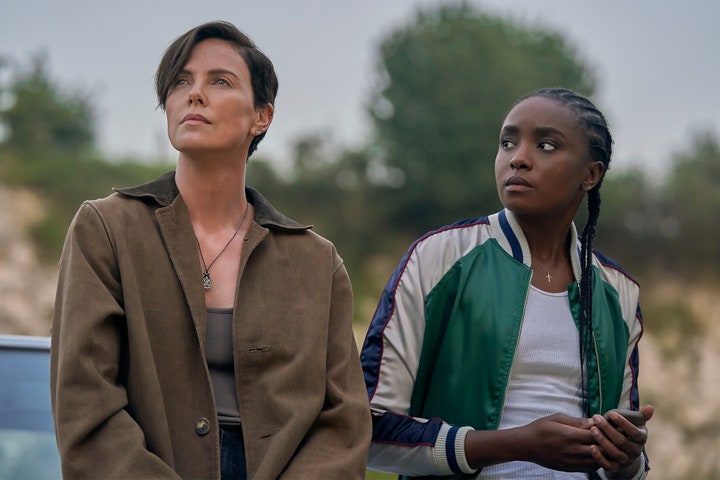 Theron and Kiki Layne as Nile.

Charlize Theron plays the warrior in the upcoming Netflix film The Old Guard, which picks up with Andromache in the present day. She’s still living off the grid and leading a tactical vigilante team of other immortals that takes out human traffickers, terrorists, and anyone else who preys on the vulnerable and the innocent. But she’s tired. Doubtful. Somewhat hopeless. After all these centuries, the world just seems to be becoming more cruel and agonizing, not less so.

“It was important to feel the weight of thousands and thousands of years on her,” Theron told Vanity Fair. “The worst part for her is just feeling like she’s not doing anything. So what is the point, you know? She’s lost faith, not just in herself but in humanity. I think a lot of people can relate to that at this moment in time. We go through periods in life where we just look at the world and go, Oh, my God… You just feel like you’re pushing a rock up a mountain.”

The film, which debuts on the streaming service on July 10, is directed by Gina Prince-Bythewood (Love & Basketball) from a screenplay by veteran comic book scribe Greg Rucka, adapted from his own graphic novel series with artist Leandro Fernandez. Theron serves as a producer, and for action fans it’s a return by the actor to Furiosa mode—throwing bone-breaking punches, making daring escapes, and detonating vast swaths of desert. The actor hopes there’s some meaning within the mayhem too. 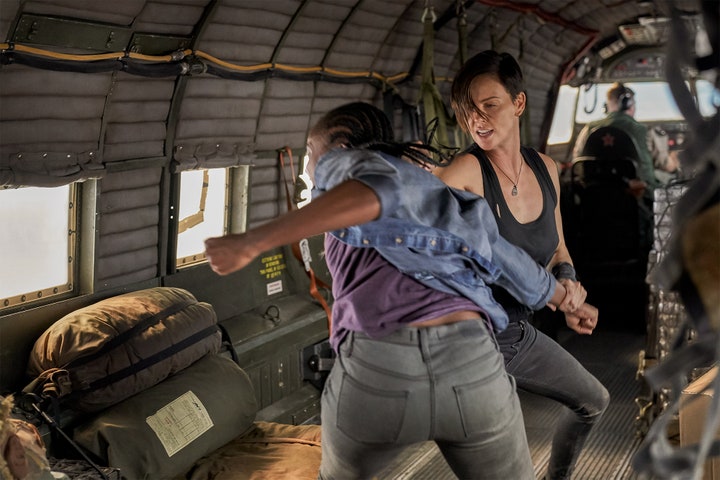 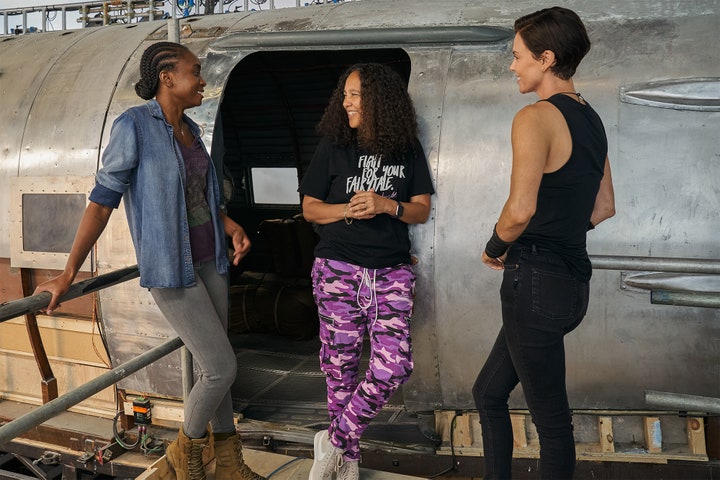 Layne and Theron with director, Gina Prince-Bythewood, on set.

“From the first moment I read Rucka’s graphic novel, I felt like there was great potential to make this thing feel really very relevant and have it ask some real questions about humanity,” Theron said. “Is what we’re doing enough? Is what we’re doing actually changing anything? Are we making [things] better, or are we making the world worse?”

Prince-Bythewood aimed for a tone that was more authentic than fantastic, drawing inspiration from films like Zero Dark Thirty and Man on Fire rather than superhero comic book epics. “I never wanted any moment to take an audience out of the fact that these could be real people,” the filmmaker said. “This is somebody that can get stabbed and walk away, but it’s going to hurt.… This is a woman alive 6,000 years, and we come to her at the point where she wants it over.”

Andy’s team is comprised of fellow immortals, whom she has united from various conflicts over the ages. None of them know how or why they have this supernatural ability. One is a French soldier who fought alongside Napoleon (Rust and Bone’s Matthias Schoenaerts) and two are former enemies from the Crusades—one who fought for the Italian Christian invaders (Every Blessed Day’s Luca Marinelli) and one who fought for the Muslim forces (Aladdin’s Marwan Kenzari). Those two are not just allies now, but have also forged a centuries-old romance. Immortal life is easier if you can share it with someone. 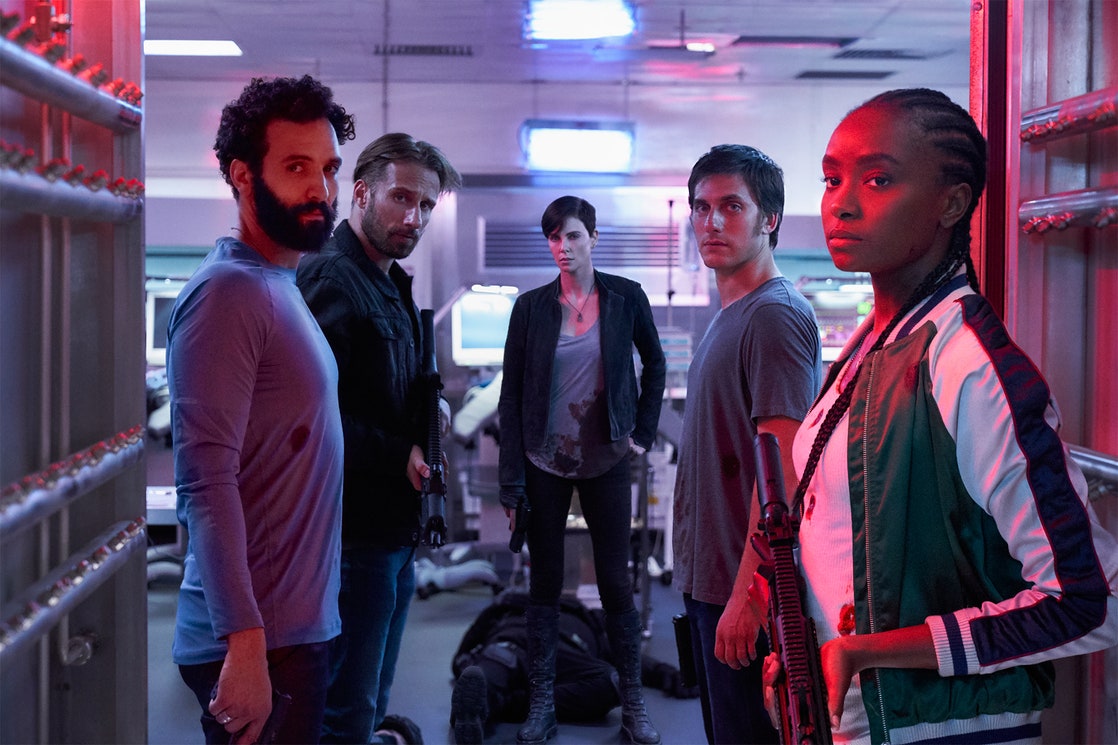 From left, Marwan Kenzari as Joe, Matthias Schoenaerts as Booker, Theron as Andy, Luca Marinelli as Nicky, and Layne as Nile.

“This is an elite, small army of people with a great set of abilities. They don’t die easily,” Theron said. While their ranks don’t typically shrink, they also haven’t added any teammates for a long time. Then a new immortal turns up—a U.S. Marine named Nile Freeman, played by KiKi Layne (If Beale Street Could Talk). Nile discovers her bizarre rejuvenation powers after being killed in action on a mission in the Middle East. Her new life hits her even harder than her death. 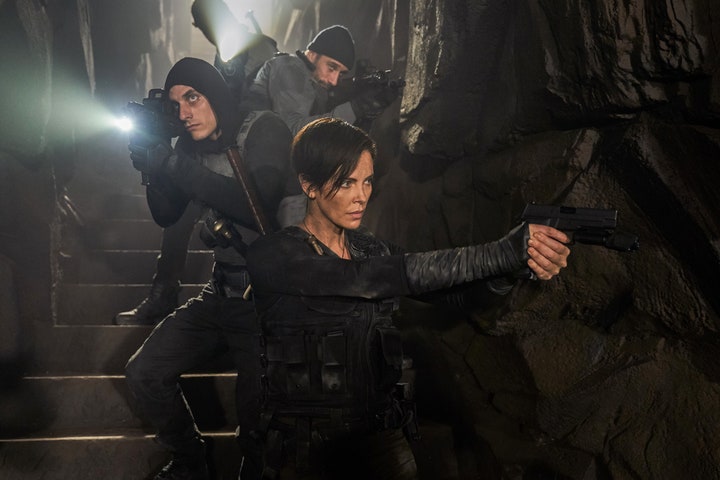 “I almost feel like she has to go through all the stages of grief, in a way. Mourning herself and mourning her life that she lived,” Layne told Vanity Fair. “I feel like when she starts off, there’s a lot of denial: Why was I chosen to carry this responsibility, of all the people in the world? … Something like this has to be purposeful.”

Nile becomes like a much younger sister to Andy, someone who galvanizes the ancient warrior out of her cynicism. Taking care of this frightened, confused newborn (of sorts) restores her will to keep on living. “I love the thought of taking that veteran–rookie conceit and putting it in this,” said Prince-Bythewood. “The moment that Andy wants it all over and done with is when a new immortal shows up. Their relationship is the emotional core throughout the film.”

After so many years hunting down bad guys, the team has become a target itself. Chiwetel Ejiofor, star of 12 Years a Slave and Doctor Strange, plays a CIA operative and historian who has figured out their identities, and Harry Melling (recently in The Ballad of Buster Scruggs but perhaps best known as Dudley from the Harry Potter films) costars as a pharma executive who aligns with him to capture the team and harvest whatever it is that gives them all their powers. If that doesn’t destroy them, it will turn them into lab rats forever. While recruiting and training their new immortal, the members of the Old Guard are also fighting for their endless lives. 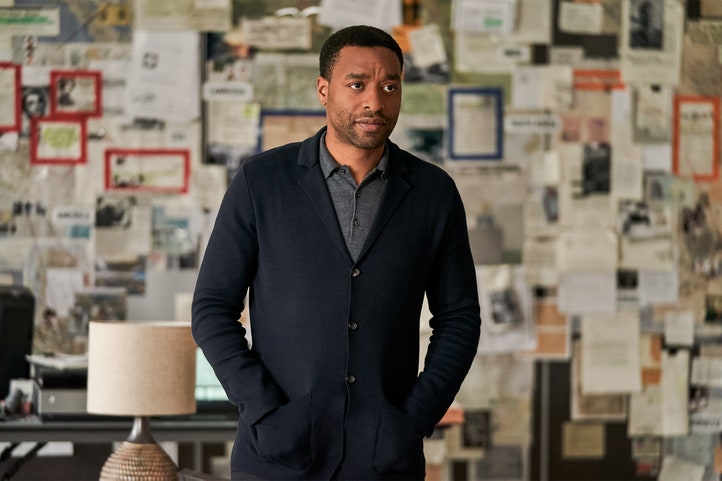 Like actual siblings, Andy and Nile forge their first bond through abject brawling. Nile does not want to go along on this ride, and she pushes back as hard as she can while being taken away by Andy on a cargo plane.

“We kicked off filming with shooting the fight,” said Layne, who’s new to the action genre. “Day one, I did have to get through the nerves of, like, Don’t accidentally hit her! Oh, my God, if you hit her, you’ll never work in Hollywood again.… But then once we got on set, it was really dope working with Charlize. She’s done this. She is a pro at this. Also, it was dope for me to be kicking ass for the first time.”

Theron said she felt the same burst of energy. “I love the line where Andy says to Nile, ‘You came into my life to make me remember what it was like to feel invincible.’ Maybe it’s because I’m hitting my mid-40s, [but] there is a part of that that I really related to. I feel like you need young people to kind of reenergize you.”