As always, this disclaimer: I have not seen most of the television that aired this year. No one has. Hundreds of new scripted shows débuted in 2021, to say nothing of returning series or of unscripted programs: documentary series, reality TV, daytime talk shows, etc. So what was my methodology? I tended to focus on première seasons. (I made a special category for returning series that I love.) I tried to check my bias in favor of scripted television. I hoped to have a higher diversity of network representation, but HBO’s revived excellence wouldn’t let me. I did keep an eye toward shows that did not receive either the critical attention or viewership that they deserved. Had I more time to get through screeners, I can think of three shows I’d probably add (“Yellowjackets,” on Showtime; “Station Eleven,” on HBO; and “Landscapers,” on . . . HBO). But then which ones would I have had to cut?

I’d like to use the rest of this introduction to give a shout-out to the shows that didn’t “make” the list. The troupe on NBC’s “Saturday Night Live” is jelling in a way that is reminiscent of the Gilda Radner golden era. Martin Short and Steve Martin have invented a vibe that I’ll call “uncle-core,” on the snappy Hulu murder mystery “Only Murders in the Building.” The kinky historical fictions of “The Great,” also on Hulu, and of Apple TV+’s “Dickinson,” which is in its third and final season—and ending at precisely the right time—are consistently engaging. HBO’s “100 Foot Wave” is a beautiful colossus; its director, Chris Smith, has merged an intimate look at the surfer Garrett McNamara with stunning footage of the sea in Nazaré, Portugal. “Heels,” on Starz, a sentimental drama about professional wrestling, intriguingly mirrors the meta-theatricality of “Glow.” “City of Ghosts” (Netflix), “The Good Fight” (Paramount+), and “Call My Agent!” (Netflix) kept me sane. The noir humor of “Odd Taxi” (Crunchyroll), an anime, made me feel crazy—in a good way.

And now my favorites of 2021, in no particular order: 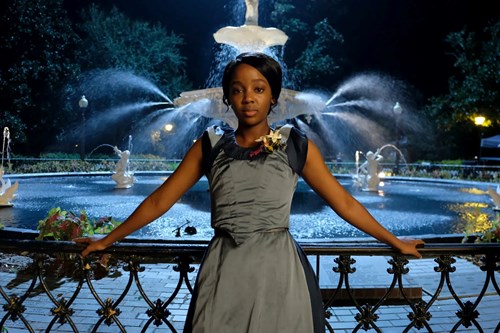 “Cinematic” is a fraught term for TV critics; use it and you risk giving fuel to the argument that if a show is good then it must be like a movie. And yet this is the supreme quality of “Underground Railroad,” Barry Jenkins’s limited-series adaptation of Colson Whitehead’s historical-fiction novel. The painterly cinematography, the expressive score, and Jenkins’s authoritative direction makes this slavery-as-Exodus narrative a monumental sensory experience. 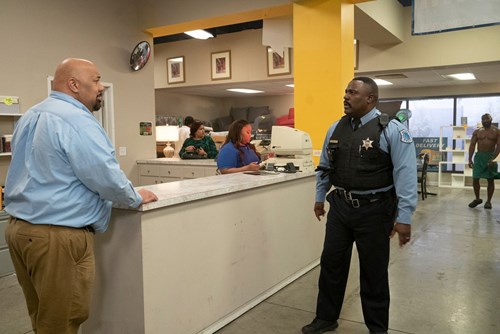 This gem from the Salahuddin brothers and Diallo Riddle is an antic, loving ode to Chicago, a city that has been stereotyped to death. The show also rivals “Rick and Morty” in terms of sheer joke density. 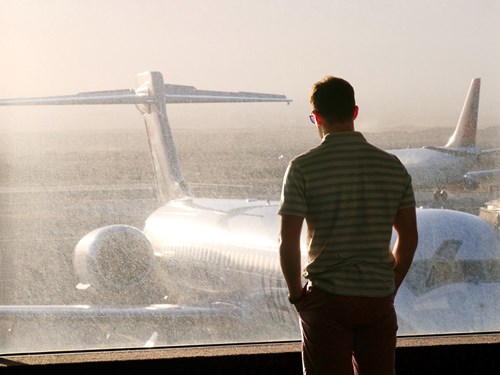 Who is the standout in Mike White’s fable of the maladjusted élite? Is it Jake Lacy as Shane, the fratty, entitled honeymooner? Murray Bartlett as Armond, the hotel manager on a drug bender? Natasha Rothwell as Belinda, the resort’s spa manager who has the last dredges of her optimism drained? Jennifer Coolidge as Tanya, the woo-woo loner who drains Belinda of that optimism? This series gave us some of the best performances of the year.

“We Are Lady Parts” (Peacock) 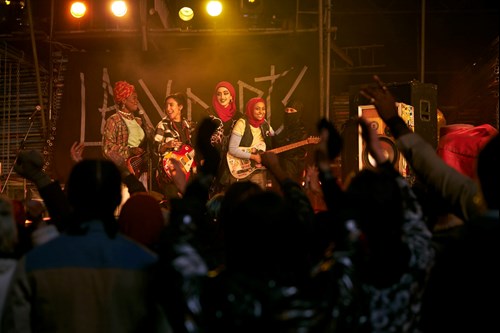 Nida Manzoor’s début for Channel 4, an exploration of Muslim identity that never curdles into didacticism, is a joyful smash of opposing sensibilities. It’s punk and then it’s sweet, it’s “Bridget Jones’s Diary” and then it’s “This Is Spinal Tap.” Anjana Vasan is mesmerizing as Amina, a gawky, lovelorn scientist who unexpectedly ends up as the lead guitarist for an all-women Muslim punk band, Lady Parts. The music written for the fictional band is excellent, too. 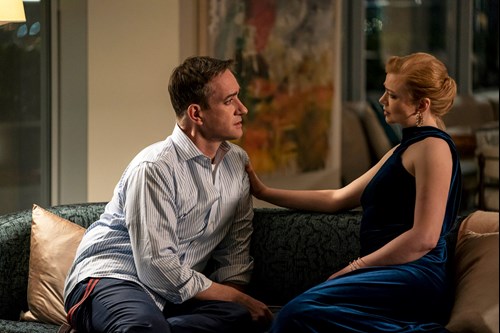 Nothing is happening this season, you argue? Nothing ever really happens to the wealthy. The Roy family is still fighting, and their hell is still gilded. Props to Matthew Macfadyen as Tom Wambsgans, the most despairing of the trapped animals. 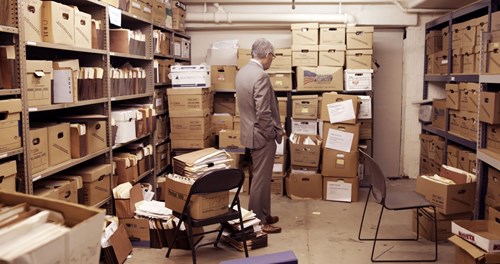 This eight-part documentary series about Larry Krasner, the civil-rights lawyer who was elected Philadelphia’s district attorney in 2017, is a look at the paradox of the progressive prosecutor. For years, Krasner was the outsider gadfly, holding the D.A.’s office to task for its perpetuation of an unjust system; now in the office, Krasner and his team work to undo the entrenchment of power that they hold. It’s a sober, deeply reported disambiguation of what reform practically entails, and a profile of Krasner as well as a portrait of his city. 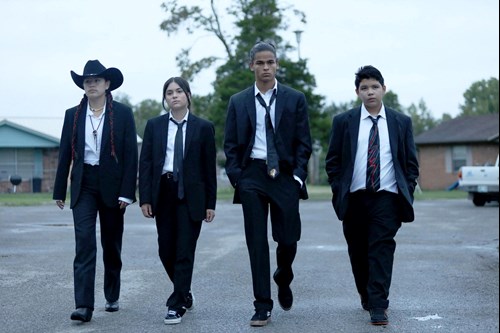 Bear, Cheese, Elora, and Willie Jack commit petty theft to fund their dream of leaving the rez life in Oklahoma for California. This comedy, from Sterlin Harjo and Taika Waititi, is tender, witty, and memorably weird. 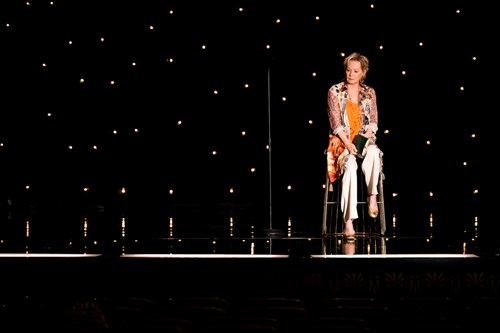 Had anyone else been cast in the role of Deborah Vance, I probably would have left “Hacks” off the list. I find it difficult to care about the character of Ava, who, although played well by Hannah Einbinder, always feels like millennial stock fare. But Jean Smart, as Vance, a Vegas comic legend, gives a world-class performance, anchoring the ensemble picture of Hollywood ennui. 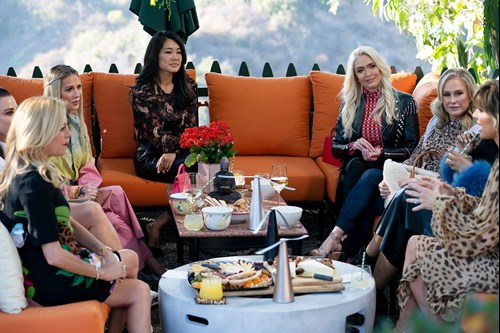 “Housewives” is morphing into a true-crime hit. The legal cases against Erika Girardi, on “Beverly Hills,” and Jen Shah, on “Salt Lake City,” have punctured the fantasies of girlbossery that otherwise ground the “Housewives” franchise. How the producers merge the artificiality of the show with the intrusion of real-life stakes is a feat. The performances of the cast members, who are caught between needing to seem like humans, given the gravity of the accusations, and needing to seem like characters, given the mandate of the series, are fascinatingly meta and borderline grotesque. 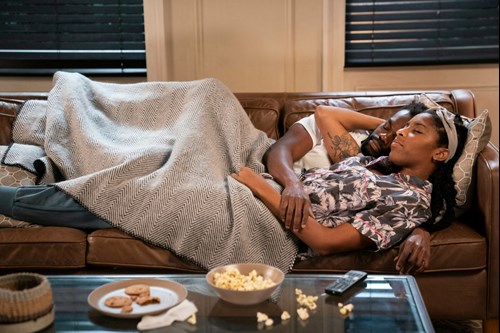 And the award for most improved goes to Sam Boyd’s “Love Life.” I despised the first season of this anthology series. Turgid and, frankly, annoying, it was the sort of show that never expanded beyond the range of its logline: a thirtysomething white millennial woman looks for love in all the wrong places, until bam!—she finds it. In Season 2, which focusses on Marcus, a frustrated book editor (played by the lovely William Jackson Harper), the structure has loosened, the writing is funnier, and, most important, the performances have improved. Harper, best known for his role as Chidi in “The Good Place,” is reinventing himself as a leading man. I could watch him flirt with Jessica Williams, who plays his love interest Mia Hines, forever. The season isn’t perfect—the finale feels doctrinal, suspiciously peaceful—but “Love Life” was the show I recommended to friends the most this year.