While the Hulu show’s first season incorporated many high-fashion designers, season two focuses on sustainability, vintage and reflecting the characters through their clothes. 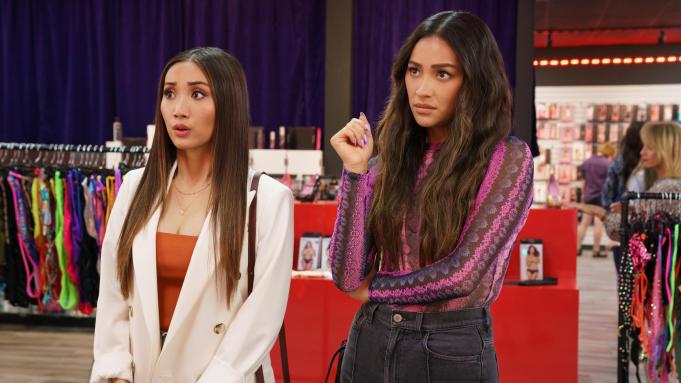 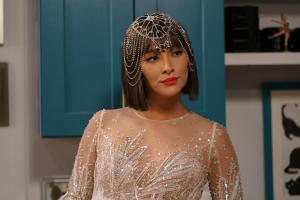 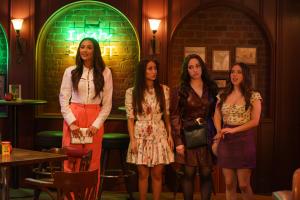 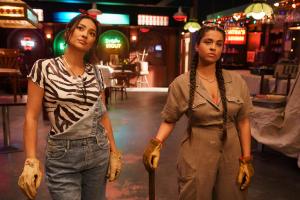 Like many recently released TV shows, Hulu’s “Dollface” is incorporating the ongoing COVID-19 pandemic in its plot, as well as its costume choices.

Costume designer Melissa Walker, who joined the show for its second season, brought in a realistic approach to curating the show’s second season wardrobe, looking to The RealReal, vintage shops across the country and ethically made brands.

“Coming into the second season especially after the pandemic, we tried to make a conscious effort in how that was reflected in the ladies’ wardrobes,” Walker said. “We tried to make it a little less Gucci and a little more something attainable with their price points after not working for 18 months, but we did have fun also with playing with different styles.”

“Dollface” follows the story of four best friends — played by Kat Dennings, Shay Mitchell, Brenda Song and Esther Povitsky — living in Los Angeles and navigating their friendships, careers and love lives in their late 20s. The second season shows each character going through a personal change, whether it be starting a new business venture or romantic relationship, and has that reflected through their style. The new season debuts on Hulu on Friday.

“Dollface” season two still incorporates this aesthetic, but in a more subdued and realistic manner. Song’s Madison, for one, has lost her high-level public relations job due to the pandemic and is attempting to start her own independent agency with little success. Mitchell’s Stella is taking a break from business school and has quit her finance internship to open a bar. Walker took note of the characters’ unstable financial situations and reflected that in their wardrobes. 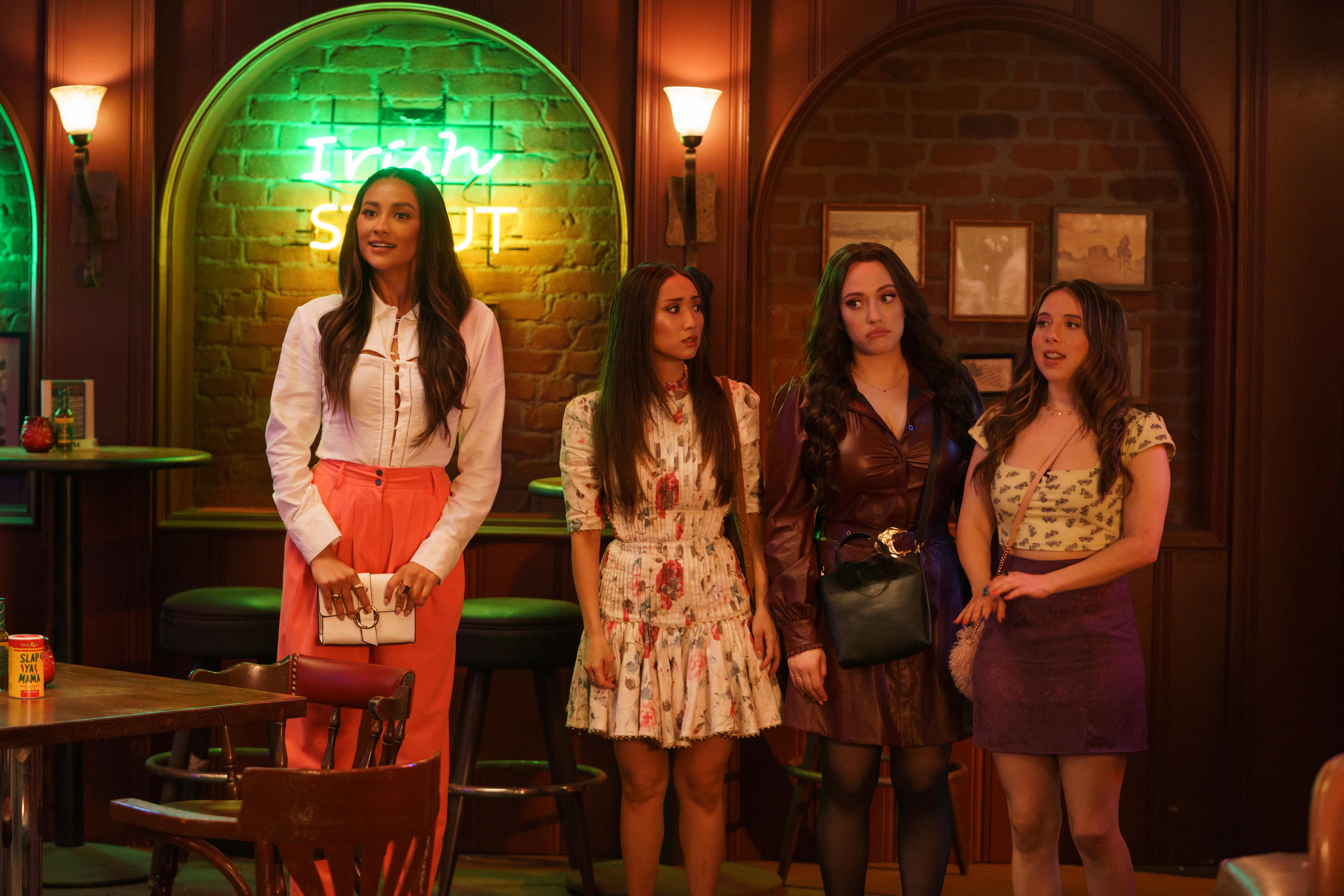 A still from “Dollface.” HULU

“This season is redefining fashion for them,” she said. “We see the full spectrum that these girls are and I think that makes them a lot more real. We tried to add a little more maturity to [the wardrobe] and we wanted it to be a bit more curated and thoughtful, but in a way that expands on where they are at this point in the season.”

Walker sourced many of the costumes by looking at her own costume designer community, finding sustainable and eco-friendly manufacturers, independent designers and more affordable brands that the average twentysomething woman could afford.

She worked with the likes of Bomme Studio, a Los Angeles-based manufacturer that advocates ethical labor and sustainability, East Village Vintage Collective and Zingara Vintage for many of the season’s costumes. Walker also incorporated pieces from Povitsky’s loungewear brand, Sleepover by Esther and Mitchell’s accessories brand Beis, for several scenes.

While none of the characters see a drastic change in their style this season despite Walker’s realistic approach, Mitchell’s Stella perhaps had the biggest departure from season one where she was known as the party girl whose wardrobe consisted of loud animal prints, metallics and short dresses.

“Once she starts taking herself more seriously and goes to business school, it’s playing with her own personal style that she’s finding for herself rather than just party girl clothes being thrown at her,” Walker said. “We used a lot of bold colors and retro fabrics and just tried to redefine that a bit while keeping the vibe in there, but making it a little less partygoer.”

Dennings’ character Jules also has her character development conveyed through her style. The character, whose known for being an introvert, gets a major promotion at the women’s lifestyle company, called Woom, she works at and becomes more confident in herself.

“It was more about this confidence issue because we wanted that to be reflected as she’s more aware of her character,” Walker said. “And through the journey of her trying a little harder when she’s working at Woom, finding herself and finding that sweet spot where she’s comfortable with herself and the choices she’s making.” 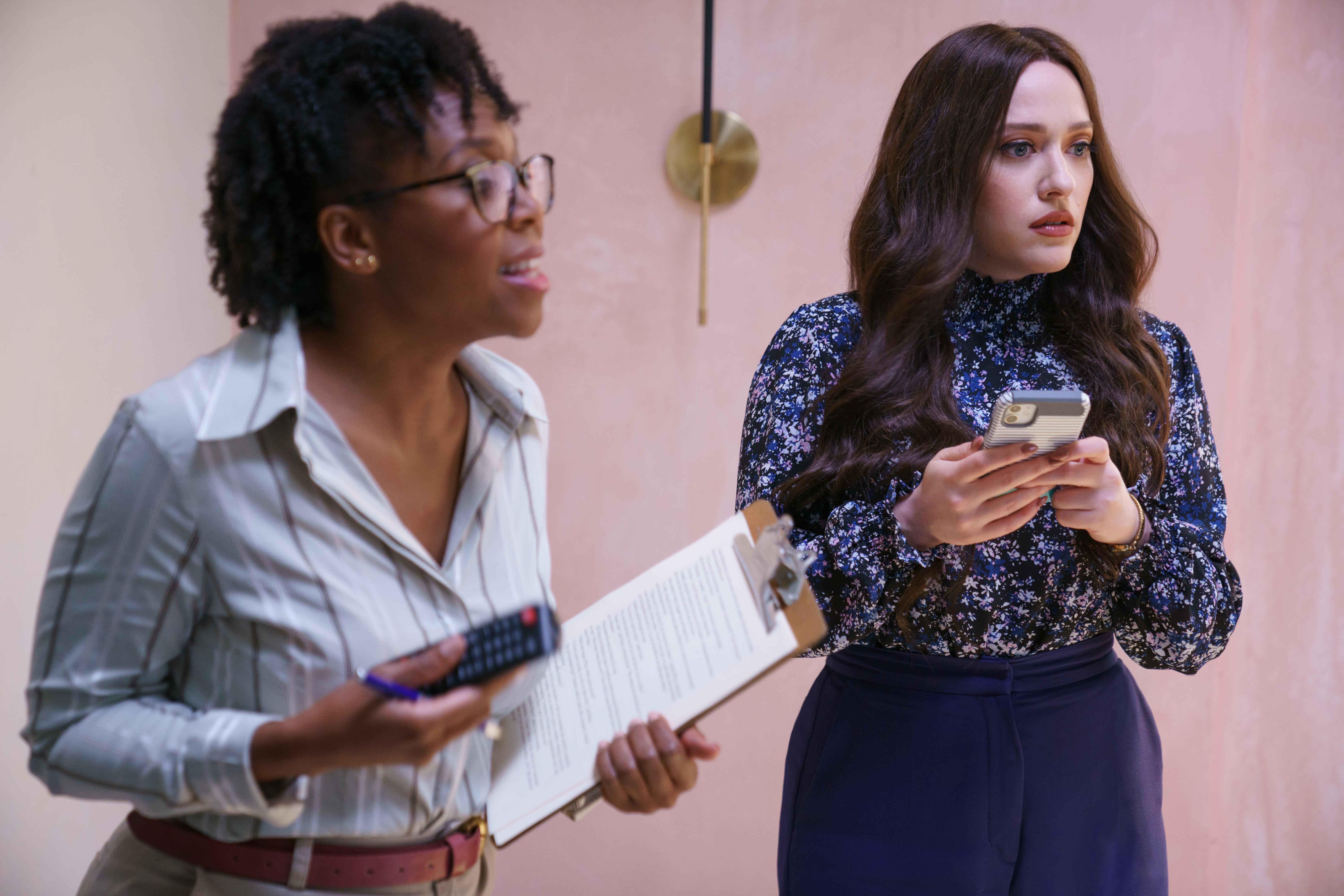 A still from “Dollface.” HULU

For Walker, it was important to also recognize the large time gap between both seasons when curating the show’s costumes. While she did incorporate some Y2K-inspired pieces and other current, broader fashion trends, she was set on not being too trend-focused with the fashion.

“Designing a contemporary film or show, you always have to walk a tight rope with the current trends of the season since the work you shoot won’t be aired for six months to a year,” she said. “I gravitate toward cyclical trends rather than flashes in a pan. I also worked to incorporate new designers along with staple pieces, so that we don’t have an obvious time stamp or expiration date on each characters’ clothing.”

It was also important for Walker to show the characters’ bond through their style, particularly in the season’s final episode where they each wear a brightly colored outfit that complements each other’s.

“We tried to really dive into each individual character, create their own story, color palette and types of fabrics they wear,” she said. “We separated them a little, while also keeping them in this friend group and having it be believable.”