Costume designer Gersha Phillips drew upon African tradition while creating outfits for “The Woman King,” Gina Prince-Bythewood’s movie about female warriors in the 1800s. The film starring Viola Davis will debut Sept. 9 at the Toronto Intl. Film Festival ahead of a Sept. 16 release by Sony’s TriStar.

During her research, Phillips discovered that Agojie warriors in West Africa wore baggy pants during that time. Initially, she designed outfits in that style, but several iterations later, she incorporated wrap skirts — also seen in historical archives. Since the women were going to be moving a lot, Phillips says, “I had to consider functionality. Everybody had to fight, so we ended up using a stretch-knit fabric so they could do what they needed to do in it.” 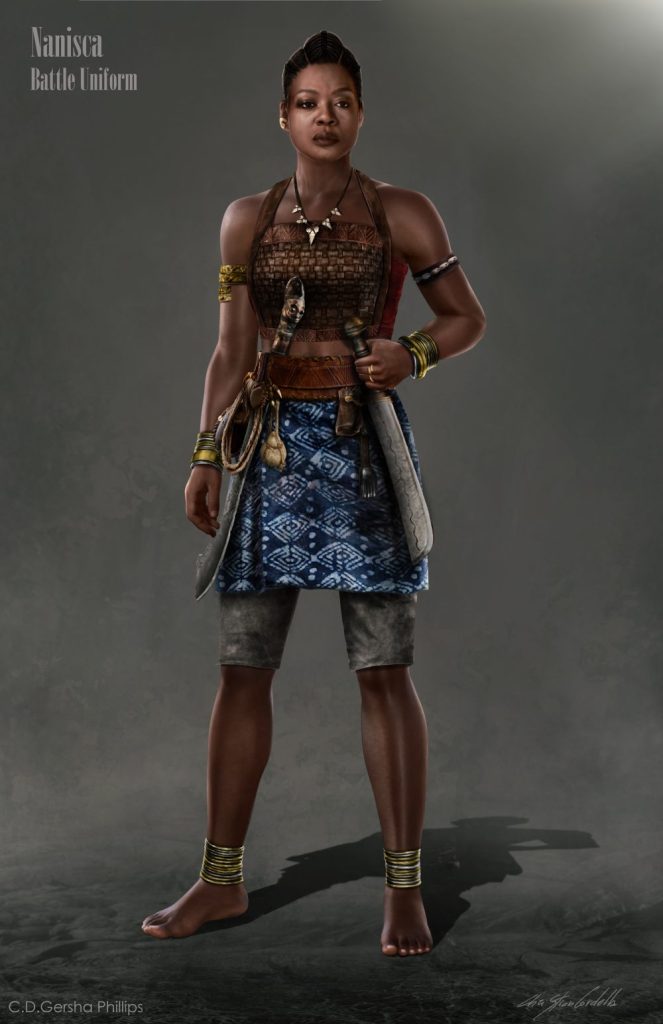 Phillips integrated cowry shells into the movie’s costumes. “When the warriors won battles, the king
would give them as gifts, or he would give the shells as jewelry,” she notes. Phillips designed a sash
and headpiece with cowry shells for Davis’ Gen. Nanisca, while other warriors had the shells
woven into their head jewelry, armbands, belts or pouches.

Indigo block printing was also used on the costumes. An artisan from Gambia named Musa ended up making them in his backyard: He would hand-dye traditional batik cotton before sending outfits to the Cape Town set.

Nanisca’s designs were more elaborate, befitting her rank. “The palace tunics had gold embroidery, but Nanisca’s had the most embroidery added in,” Phillips says. “Her look was elevated and always had extra detail.” 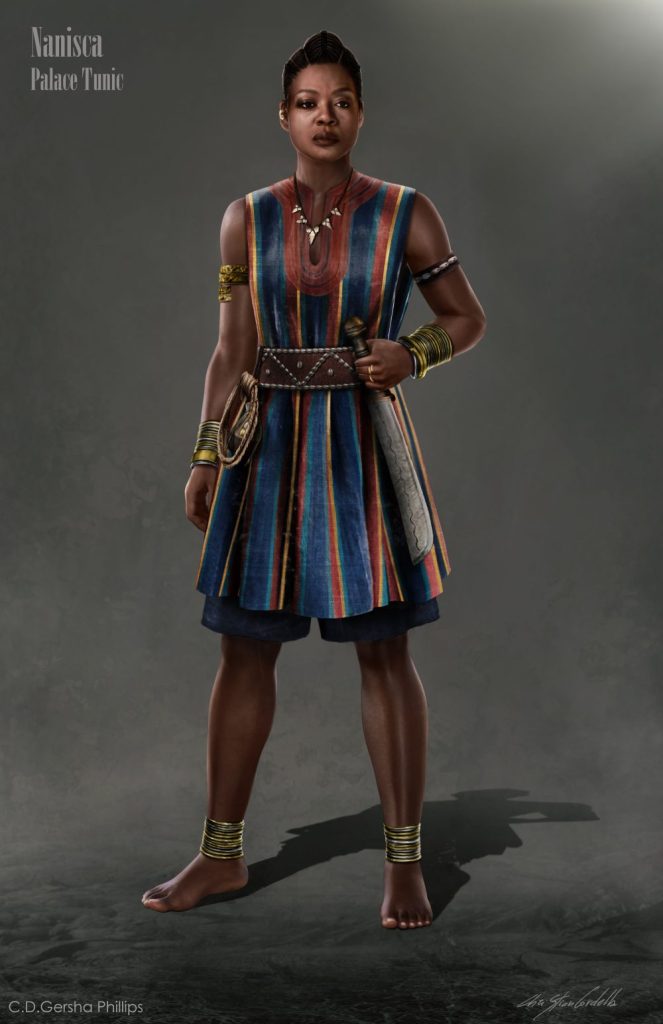 Aspiring warrior Nawi (Thuso Mbedu), by contrast, wore a simple two-yard piece of fabric that
was wrapped around her body. The strip-weave material was specially made by weavers from
the Bolgatanga in Ghana. “We had our fabric woven in 10-centimeter pieces, and it’s all joined together
to make what became the Agojie palace tunics,” Phillips says. 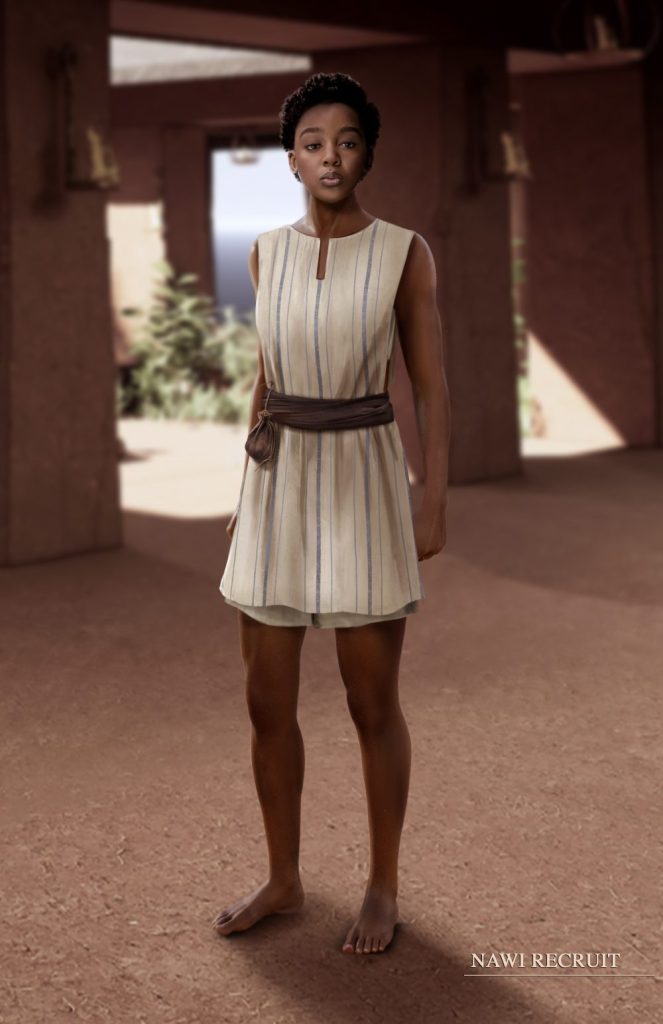 On the other end of the spectrum, the outfits for John Boyega’s King Ghezo needed to exude
regality. Fabrics with metallic embroidery were used. There was, however, an unlikely source for one of the designs — a cream palace outfit. “That was actually an Ethiopian bedsheet that we took apart and made into a robe,” she says. “Things can come from anywhere.”